There is no such thing as independent media 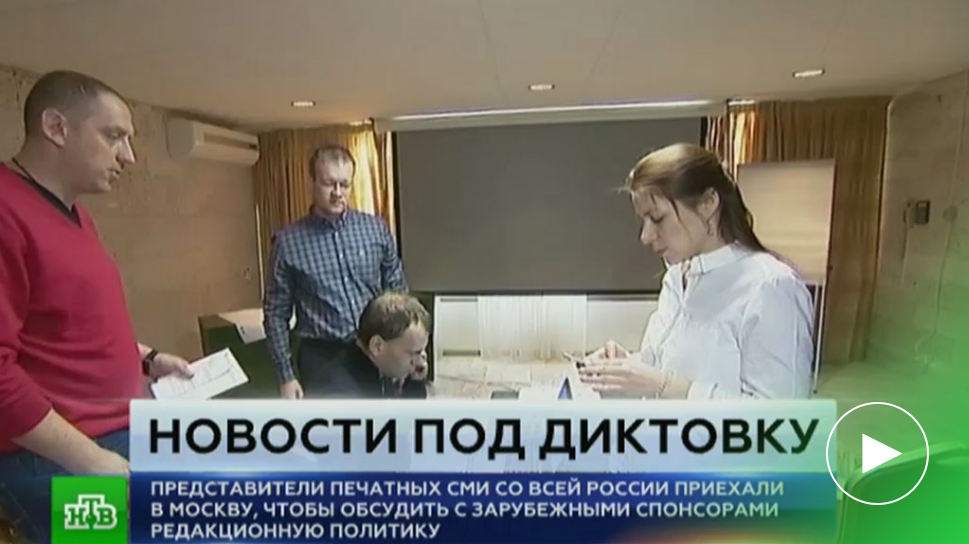 Last week, Russian nationwide NTV intruded in a seminar for journalists held in Moscow by the Swedish Institute. According to NTV, “the Swedish Institute tried to hold a secret seminar for ‘independent’ journalists”. The news item’s headline was “news under dictation”, and viewers learned that “representatives of Russian printed media gathered in Moscow to discuss their editorial line with their international sponsors”. In what looks like a violation of Russian laws, the NTV crew forced its way into a private, invitation-only event in order to repeat an already well-known pro-Kremlin narrative: There is no such thing as independent media, and either you are with the Russian government, or you are against it.

While TV channel NTV is privately owned, it is known for its staunch support of the authorities. NTV produces a special form of “documentary” TV, in which techniques usually applied in investigative journalism (hidden camera, under cover reporting, etc.) are used without necessity in order to claim “exposure” of opposition activists and dissenters as covertly operating and morally flawed.