Through the Looking Glass in the Kremlin 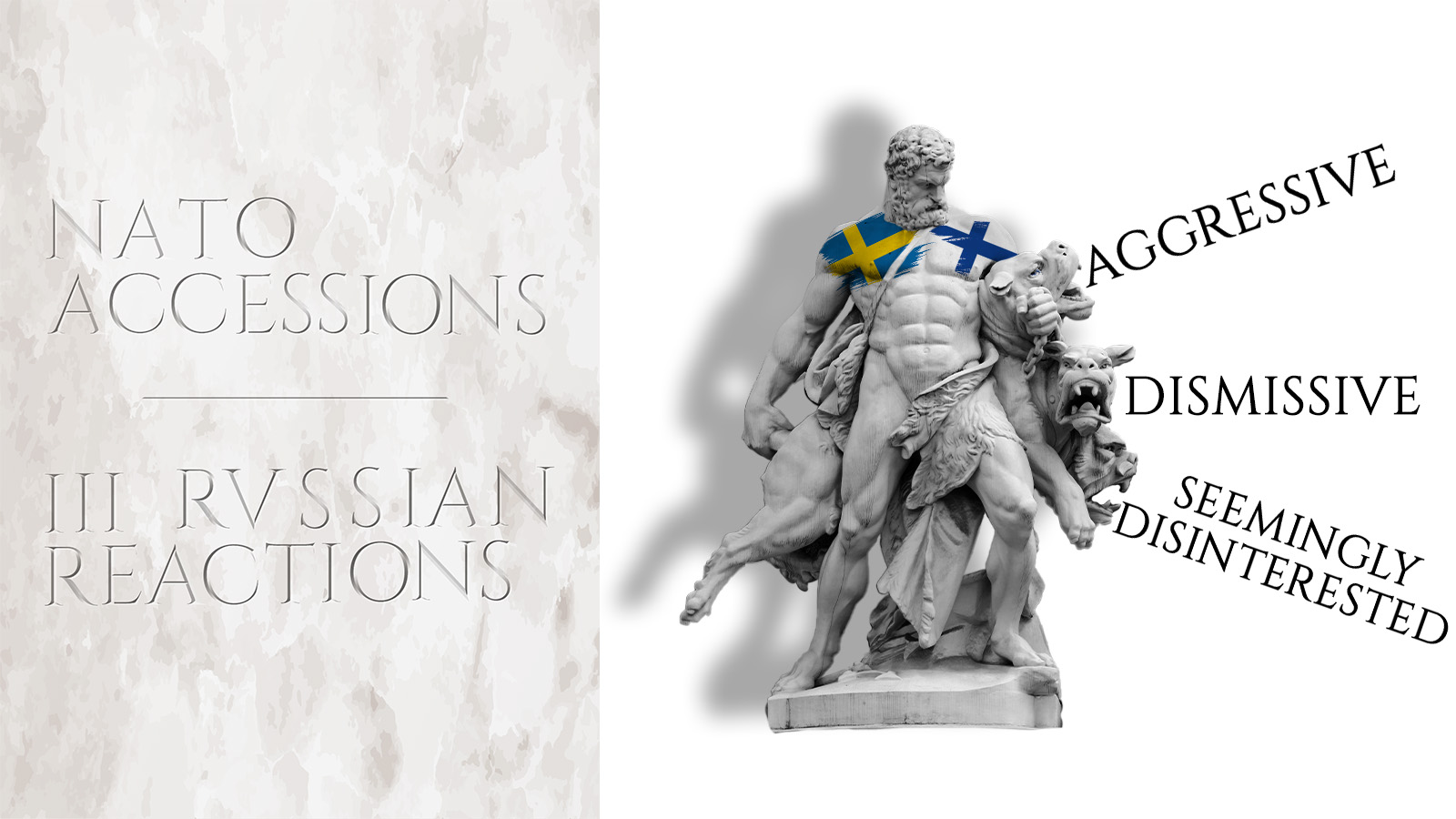 The Kremlin’s inability to share the reality, and take a proper look in the mirror, cements Finland and Sweden’s decision to join NATO.

Russia’s unjustified and illegal military invasion of Ukraine on February 24th, almost exactly eight years after the Russian illegal occupation of Crimea and its thinly veiled incursions combined with the establishment of puppet states in the Donbas region, set in motion an intensive public debate on national security in Finland and Sweden.

The Russian military invasion, which Finnish President Niinisto described as a moment where the masks came off and only the cold face of war remained led to a historic change, where on May 18th previously militarily non-aligned Finland and Sweden together handed in their applications to join NATO.

It was not only the Kremlin’s continued complete disregard of international law and the sovereignty of their neighbouring states, or the genocidal way of Russian warfighting in Ukraine, that set the processes in motion in the two Nordic states. It was also the clearly stated imperial ambitions and colonial attitudes in the Kremlin circles manifested in the form of hate speech towards Ukraine and Ukrainians, and towards the wider West and our enshrined values, that changed the calculus in Helsinki and Stockholm.

Once again, in the words of President Niinisto, the Kremlin should take a hard look in the mirror to find the real culprit behind the two Nordic countries changing their course. Nevertheless, true introspective moments of honesty may be few and far between for those who live in the upside down world of “through the looking glass”, and whose mirror image only shows figures of the Kremlin’s imagined past glory.

In the pro-Kremlin upside down world of disinformation, instead of countries like Finland and Sweden expressing their true sovereignty and fulfilling the public will by joining NATO, it is someone else pulling the strings and making the decisions. In this imaginary world, joining the alliance leads into a loss of sovereignty. The loss of sovereignty narrative sounds particularly hollow, as if subjugation under a Russian declared sphere of influence would offer any real sovereignty to those living within it.

Another example of a complete misreading of the Nordic public and decision makers, and giving them yet another reason to join NATO, are the Russian officials’ threats to militarily target Finland and Sweden as a consequence of their NATO accession.

Lastly, while Putin attempted to downplay the importance of Finnish and Swedish security policy decisions by appearing indifferent, Shoigu was sent out a few days later to announce the creation of new military units in Russia’s Western region as a response. What was left unclear in Shoigu’s announcement, was if the new ones are replacing those apparently destroyed in Ukraine.

The leadership in autocratic countries with imperial pursuits and unaddressed colonial attitudes, such as in Russia, is afraid of sovereign nations, empowered by their free and enlightened citizenry, being able to express their true will. While this fear is exemplified in the reactions of the Kremlin propaganda machinery to the on-going NATO accession processes of Finland and Sweden, it holds true also with the naked Russian barbarism that countries like Ukraine and Georgia have been subjected to now and in the past.

As Finland and Sweden continue their accession process to join the NATO alliance, and as Ukraine continues to reintegrate itself to its true historic home in the European family of nations, we should expect more of the Kremlin’s verbal lashing out and blunt aggression. This will continue unless the Kremlin makes an unlikely move and takes a long overdue look in the mirror and engages in an honest appraisal of their past and current crimes.