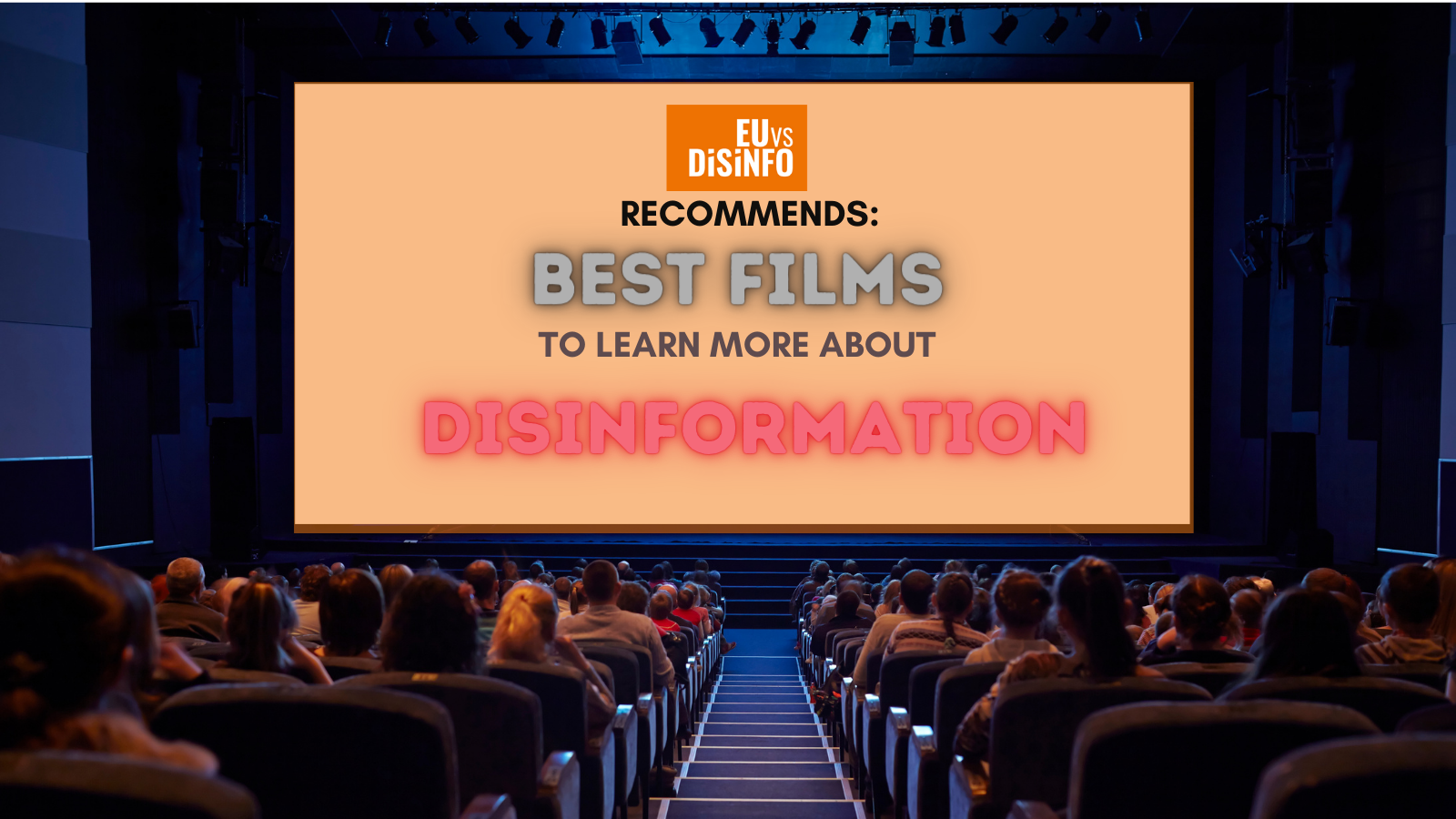 Because of lockdowns in some parts of Europe and the world, this year’s Christmas holidays are slightly less festive than usual. So, in order to help you out we present you a list of movies and documentaries. In our humble opinion, these are one of the best ever released! Informative, funny, touching or thought provoking. Evidently, all are about, or related to, disinformation. Happy binge-watching holidays!

1. Operation InfeKtion: How Russia Perfected the Art of War (2018)

Modern classic, produced by the New York Times. The title seems quite appropriate this year. Big advantage: it is on YouTube!

Must see. This HBO documentary investigates disinformation campaigns and frauds, including the Pizzagate hoax.

Netflix’s production is a great watch on the impact of social media on our societies and our mental health. Also interesting to crosscheck is Facebook’s response to the creators.

A two-part documentary from director Alex Gibney investigates Russia’s interference in the U.S. presidential election of 2016.

Another documentary by Netflix. This one explores how a data company (Cambridge Analytica) came to symbolise the dark side of social media in the wake of the 2016 U.S. presidential election, as uncovered by journalist Carole Cadwalladr.

This comedy is about a spin-doctor and a Hollywood producer, who shortly before an election join efforts to fabricate a war in order to cover up a Presidential sex scandal. Starring Dustin Hoffman, Robert de Niro, Willie Nelson, Kirsten Dunst and Woody Harrelson.

This comedy explores historical revisionism, and perhaps what the Kremlin fears most in historical remembrance. The film was eventually banned from screening in Russia. Pavel Pozhigaylo, a member of the Russian Culture Ministry’s advisory board said about it: “The film desecrates our historical symbols — the Soviet hymn, orders and medals, and Marshal Zhukov is portrayed as an idiot.”

In the category “satirical mockumentary”, this film depicts the rise of Robert “Bob” Roberts Jr., a right-wing politician. He is a candidate for an upcoming United States Senate election. Roberts is rich and famous thanks to his folk music, which presents his conservative ideas with zest. This film might help to understand the current political context of populism.

An insurance salesman discovers his whole life is actually a reality TV show. While critically portraying the role of modern media (even before the rise of the Internet), the film plays with themes such as human autonomy and reality.

A television network exploits a crazed former anchor’s ravings and revelations about the news media for its own profit. Quite prophetic considering this movie was made in the 70’s.