"Trolls in Your Feed" 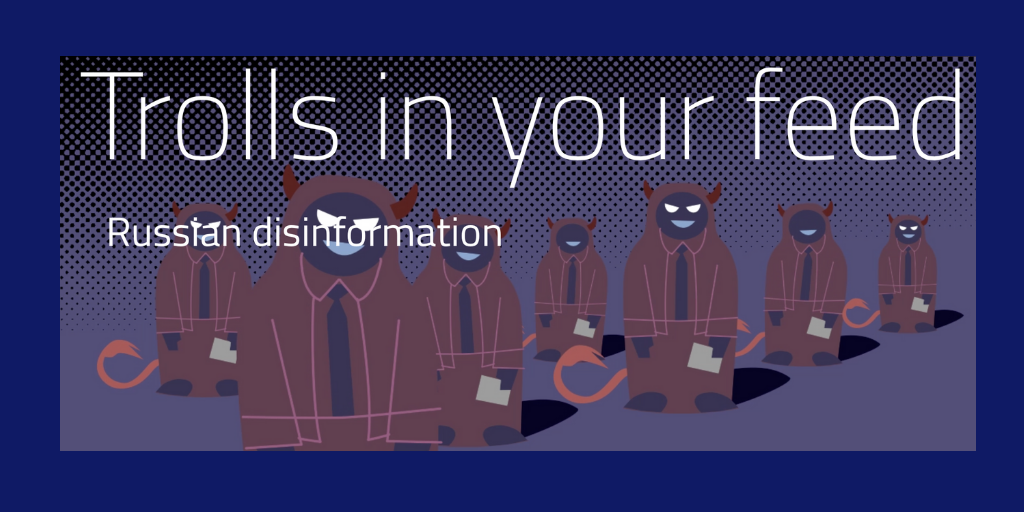 “Trolls in Your Feed” is the name of a digital educational publication from the Danish Institute for International Studies. The publication is designed to target Danish high school students and is funded by Denmark’s Ministry of Foreign Affairs..

Besides the original Danish version, the material has now also been made available in English.

The declared aim of the publication is to “strengthen young people’s critical approach”.

What singles “Trolls in Your Feed” out among other media literacy projects is its focus on Kremlin-linked sources of disinformation.

“Become your own fact-checker!”

“Trolls in Your Feed” opens with an introduction to Russian disinformation, which then links to four subsections devoted to specific topics.

One section is called “Russian disinformation: an example” and has the subtitle “Deny. Deflect. Blame somebody else.” Here, students learn about the Skripal case and the disinformation strategy that was used to spread confusion about the incident by the Kremlin and the pro-Kremlin media, including RT.

Another subsection titled “My life as a troll – Lyudmila Savchuk’s story” describes the inner workings of the infamous Internet Research Agency in St. Petersburg, which is also known as “the troll factory”. The testimony of Russian journalist Lyudmila Savchuk, who went undercover at the troll factory, is used to raise awareness of how online trolling behaviour can be recognised.

In a section named “Russia influences specific groups of people”, students are introduced to the outcome of an academic study conducted at the University of Copenhagen. The study examined discussions on Twitter about the downing of Malaysian Airways Flight MH17 and found significant correlation between internet users having strong right-wing views and the probability of exposure to disinformation about Flight MH17. 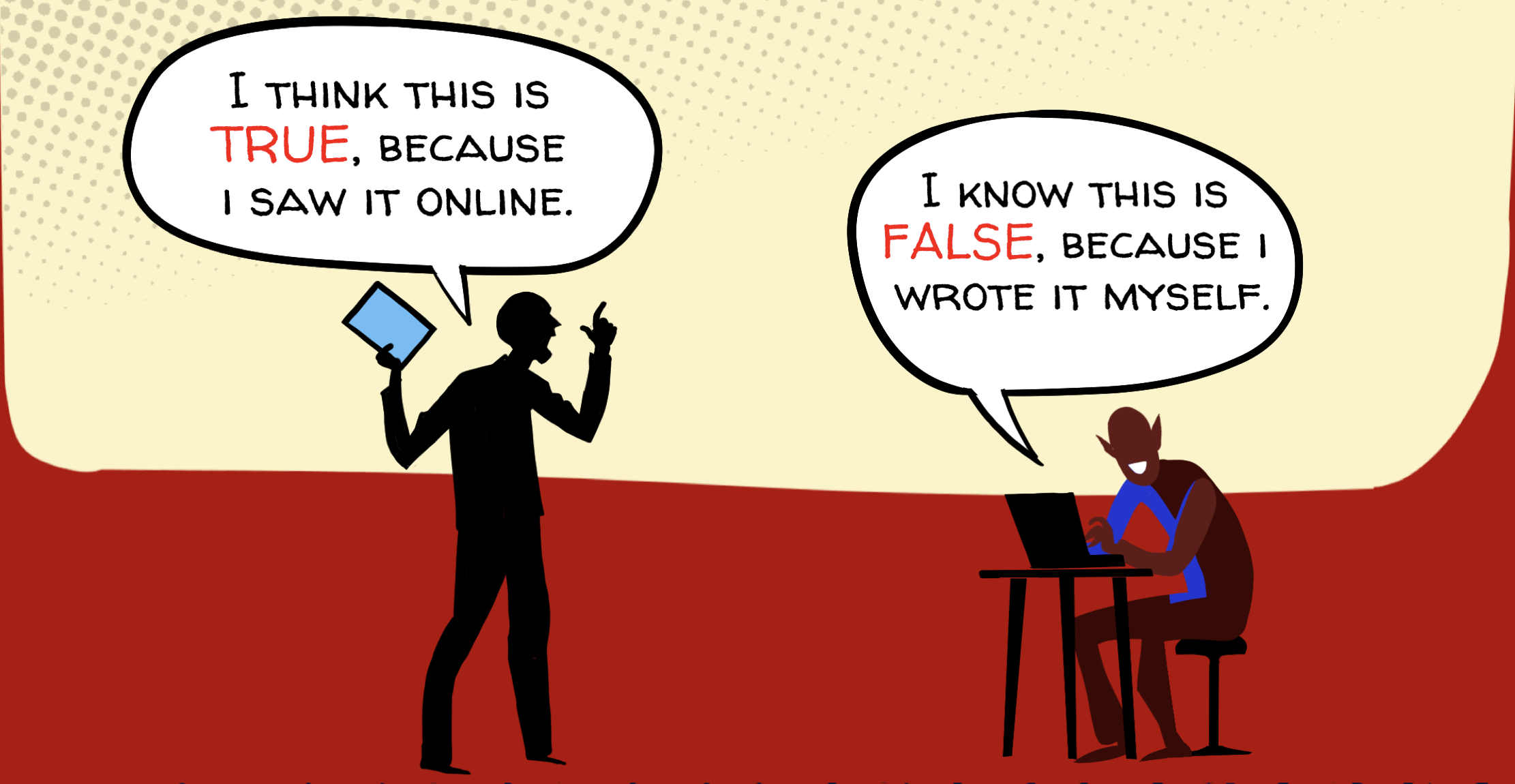 Finally, a section headlined “Become your own fact checker!” shows a constructive way forward through empowering students to protect themselves and their online environment against disinformation. Students are acquainted with a checklist of 12 points, which can be used “if you want to avoid being scammed by fake news and sharing it,” the authors explain.

The educational publication has been developed by a group of experts in disinformation, representing the Danish Institute for International Studies, the University of Copenhagen and the fact-checking portal TjekDet.

When the the plan was presented, foreign minister Anders Samuelsen stressed Russia’s role as a source of the problem the plan addressed: “Russian influence campaigns targeting elections in the United States and France show the importance of staying abreast of this development. That is why we act now. The Danish people must remain completely confident in our democracy”.

“Trolls in Your Feed” underlines that “so far there has not been such a strong Russian focus on Denmark.”

However, in some cases, stories about Denmark have been used in pro-Kremlin disinformation to support a general narrative about Europe as a place in moral and political decay.

One example is disinformation about alleged animal brothels in Denmark from the side of pro-Kremlin sources; first appearing in a marginal Russian outlet, this piece of disinformation later resurfaced in the influential Russian state news agency RIA Novosti. 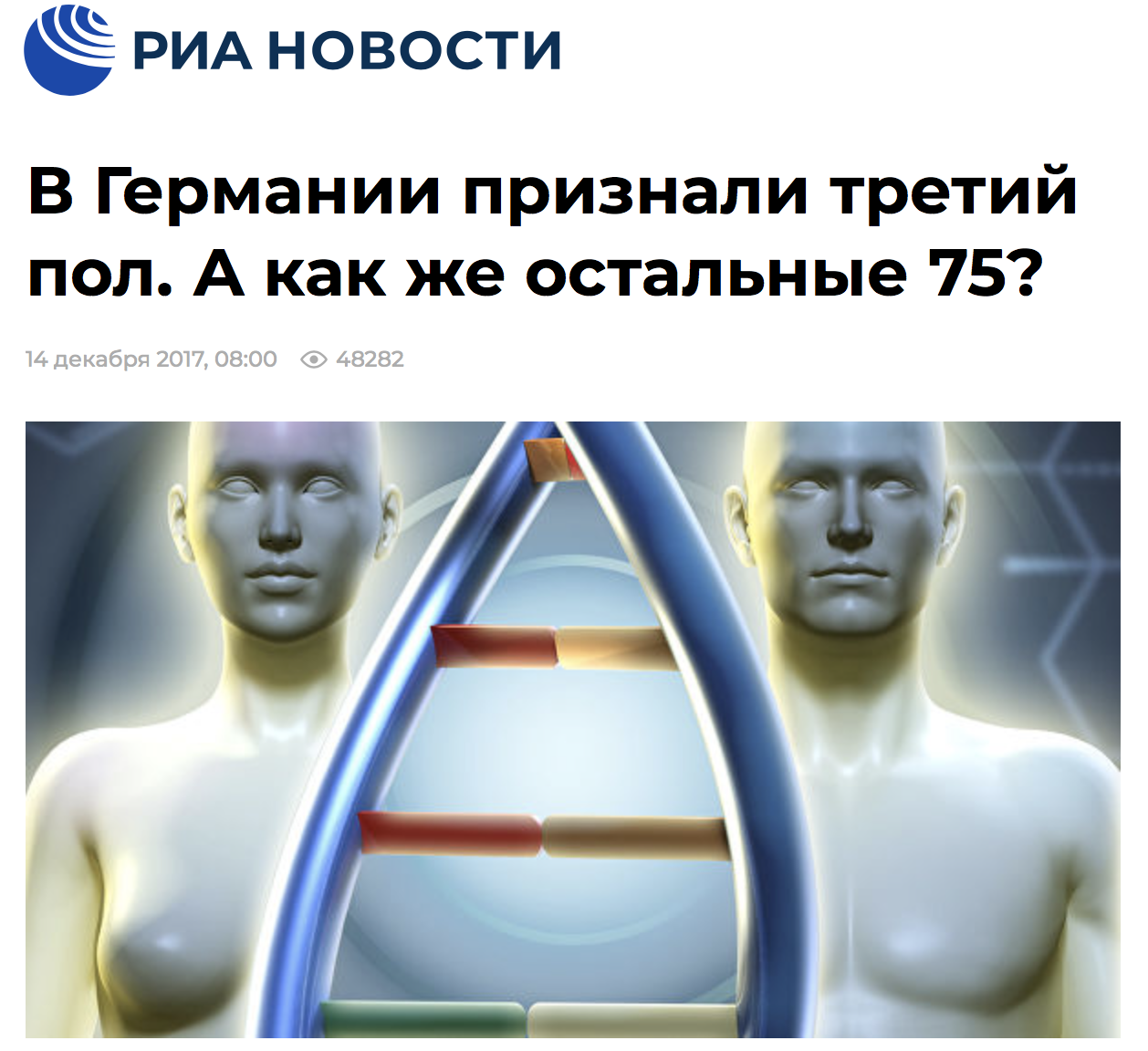 Readers were told about “Brothels for zoophiles in Copenhagen” in an article published by RIA Novosti. Screendump from RIA Novosti.

In another case, Denmark and Danish politicians have been targeted with manipulations in a production by Gazprom-controlled NTV.

In addition, narratives about Syria from RT and Sputnik have been able to penetrate reporting in Danish media outlets.

Top image: Screendump from “Trolls in Your Feed”