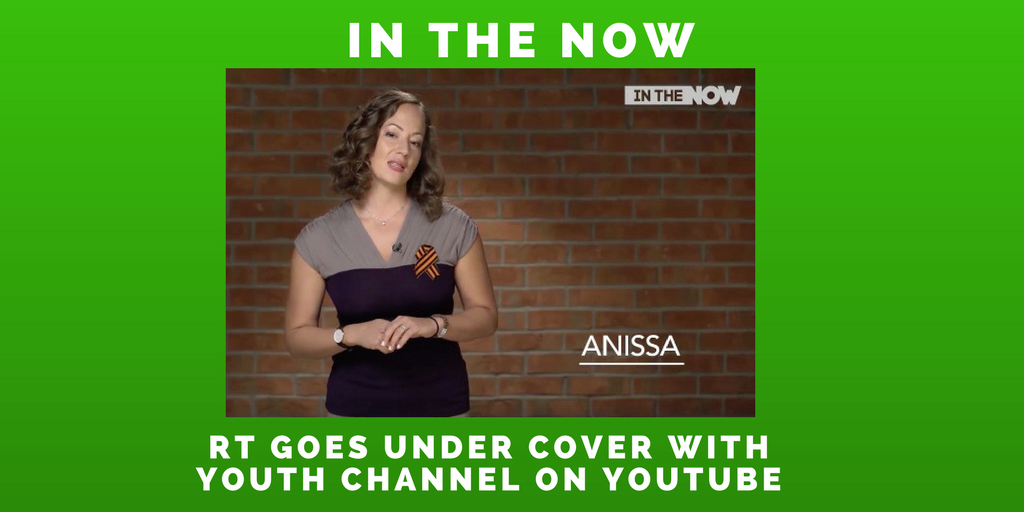 This last week there were many events across Europe to mark the end of World War II. In pro-Kremlin outlets, significant time was spent on twisting the narrative.

Several TV shows on state TV in Russia focused on the theme. One, with the headline “For whom is the 9th of May a holiday?”, suggested that those who do not celebrate the day are taking the first step towards fascism. (Of course, the European Union was actually created out of the peace that followed the end of WWII and celebrates Europe Day on the 9th of May; and many European countries recognise the 8th of May, not the 9th, as the day on which the war in Europe ended for them).

“In the now” – which is Russia Today’s (RT’s) youth channel on youtube, Twitter, Instagram and Facebook  (although this is not evident at first glance) – aired a video called “Who won the WWII” with an American woman wearing a St George ribbon, comparing the numbers of casualties as proof that it was actually the USSR who should get the credit. On the site, several other videos propagate the pro-Kremlin narrative, on for example Syria. As the Washington Post explains, the orange-and-black St George ribbon was a 2005 PR campaign at Russia’s RIA Novosti state-run news agency, and it has become one of the most successful stories in Russia’s search for unifying symbols under President Putin. In Ukraine, though, it is closely linked to pro-Russian separatists and Russia’s illegal annexation of Crimea.
Another show on Russian state TV focused on Ukraine and the celebration of victory day there. It claimed that the USSR singlehandedly fought the Nazi regime, whereas the European countries either fought with Hitler or surrendered to him. It was also stated that street protests during the Victory day in Ukraine showed that the country is run by a Nazi regime. In fact, these protests occurred due to the use of the afore-mentioned St George ribbon and its sensitivity in Ukraine.

You definitely heard it before

The Baltic countries were also subject to twisted historical facts this week in pro-Kremlin disinformation.The idea that the countries were better off economically during the Soviet times was featured again, as was the message that Russia could demand back the investments it had made in these countries during Soviet times, thereby destroying their economies (this has been debunked before).

In fact, over this last week we saw several such re-occurring narratives once again in pro-Kremlin disinformation. We heard that the Georgian people have lost their values due to Euro-Atlantic integration, for example. And that Christian traditions in Georgia might be banned by neighbouring countries. These are narratives we have heard before, several times. 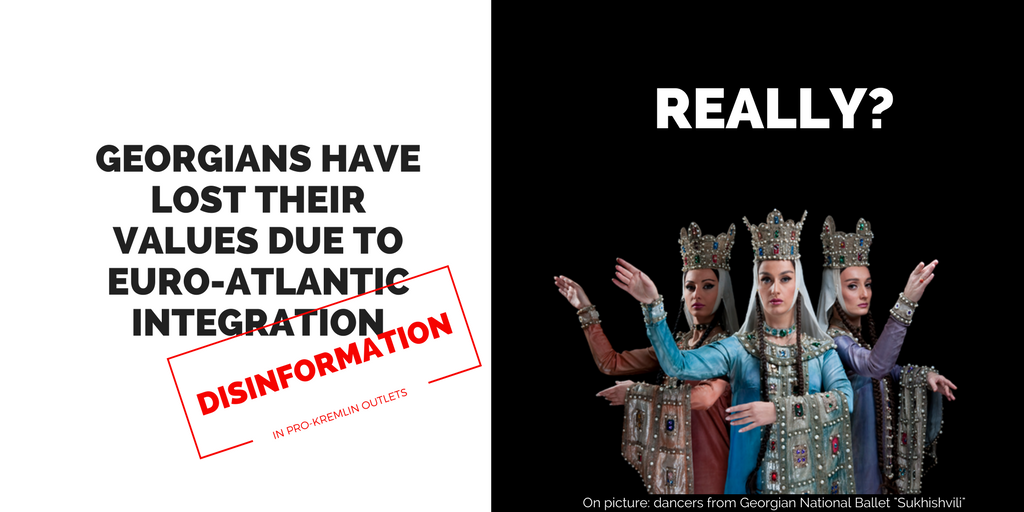 “Morally deplorable Europe” was also portrayed in a Czech outlet and while we learnt in one state Russian TV show that the EU is occupying Ukraine, we heard in another that the EU could now expect hordes of Nazis flowing into the streets of European cities, due to visa liberalisation with Ukraine.

Both Ukraine and the West were accused of being built up solely on Russophobia. It was also again claimed that the EU will drain Ukraine of its fertile lands and forests, A similar disinformation story has circulated already for a couple of years about Sweden and Ukraine. As we have stated before, repeating an untruth does not make it true.

Date
Title
Outlets
Country
The Kiev regime turned its soldiers into guinea pigs for...
Regnum
Ukraine, US
The US is preparing the ground for a surprise nuclear...
rys-strategia.ru
China, Russia, US
The trade agreement between Ukraine and the EU has failed,...
RT
Ukraine
The recent chemical attack in Syria was a false flag...
Svobodné noviny
Israel, Syria, Saudi Arabia
Russophobia is inseparable from Western identity
Izbors.md
After the introduction of a visa-free regime with Ukraine, tens...
‘Mesto vstrechi’ (42:31)
Ukraine
The EU provided Ukraine with a visa-free regime in order...
‘Mesto vstrechi’ (44:23)
Ukraine
Ukrainian military commanders ordered their subordinates to attack the SMM...
Journalistskaya Pravda
Ukraine
Macron does not care about Ukraine, and will mean bad...
Sputnik
Ukraine
The U.S. deep state pushes coup against Trump
AC24
Russia, US
The Ukrainian people are under EU occupation
‘Vremya pokazhet’ (10:47)
Ukraine
A new Ukrainian nation is being created now with only...
‘Vremya pokazhet’ (1:14:12)
Russia, Ukraine
The White Helmets created the propaganda video of the alleged...
Journalistskaya Pravda
Syria
The U.S. deep state pushes for a coup against Trump
Prison Planet
Russia, US
Globalists want to build a "New Europe" by installing so-called...
Aeronet
Czech Republic
Nazism is taking revenge in Ukraine and Russia is the...
Pervaya Studiya @Pervyi Kanal (1:09:47)
Ukraine
Today, Europe envies Moscow, which managed to make the victory...
‘Vecher s Vladimirom Solovyovym’@ Rossiya 1 (4:07, 25:10, 39:58)
USSR, Russia
The street protests in Ukraine during Victory Day 9th of...
‘Vecher s Vladimirom Solovyovym’@ Rossiya 1 (49:44)
Ukraine
A European country has ordered Qatar-based television channel Al-Jazeera's stringers...
Sputnik
Qatar, Syria
Bankers and globalists bribed Marine le Pen to lose the...
Aeronet
France
The results of French presidential elections were set in advance...
Protiproud
France
By burning all bridges with Russia, Georgia has turned into...
Geworld.ge
Turkey, Russia, Georgia
Turkey prohibits Georgia to celebrate its national holidays
Geworld.ge
Turkey, Georgia
NATO troops’ participation in Georgian military trainings compelled Putin to...
Geworld.ge
Georgia
The Georgian people have lost their moral values due to...
Geworld.ge
Georgia
The US has disintegrated Georgia and Syria by orchestrating colour...
Geworld.ge
US, Georgia, Syria
The recent chemical attack in Syria was a false flag...
VeteransToday
Israel, Syria, Saudi Arabia
The French presidential election was rigged, Le Pen ballots were...
Sputnik
France
Soviet victory in WWII was "a symbol of the highest...
RIA Novosti
USSR, Russia
The Council of Europe decision declares Abkhazia’s and South Ossetia’s...
Sputnik
Russia, Georgia
The US is trying to take control of Russian sea...
Interfax
Russia, US
The International Court of Justice has taken a principled stand...
RT
Russia, Ukraine
Crimea is experiencing a tourist rush from Ukraine, during just...
Lenta.ru
Ukraine
Russia can easily ruin Lithuania's economy by requesting to return...
Vesti.lv
Lithuania
By continuing to browse the site you are agreeing to our use of cookies.