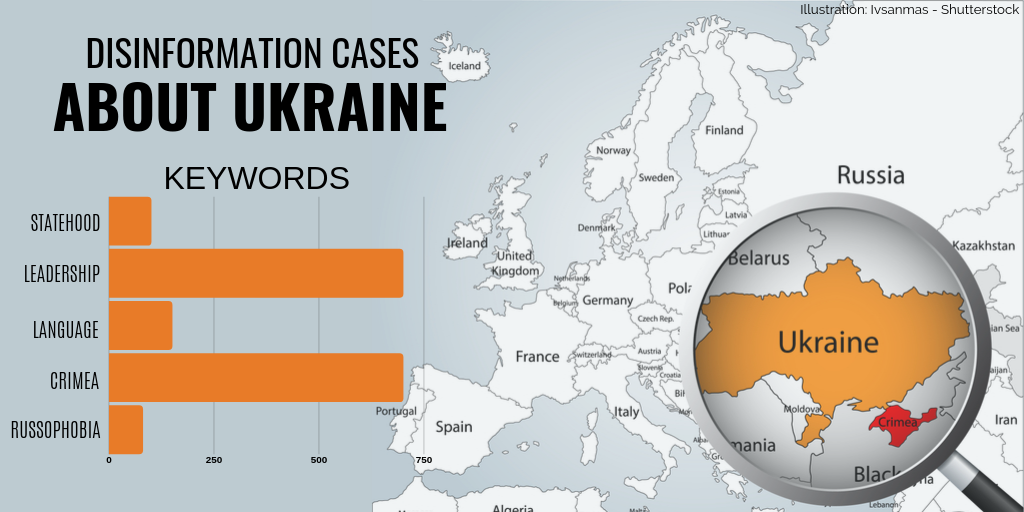 More than a third of the cases this week are devoted to Ukraine. This number roughly corresponds with the total number of cases on Ukraine in the disinformation database. Since the database was established in 2015, pro-Kremlin disinformation outlets have been targeting Ukraine’s statehood (around 100 cases), its leadership (around 700), and its language (around 150 cases). The database has more than 700 cases of disinformation on Crimea, and at least 200 cases accusing Ukraine of being Nazi or fascist.

This week was no exception. The same lies are repeated, reused, reprised, recycled, reinvented, reproduced and re-represented. The palette of disinformation is rather monotonous.

“NATO forces Ukraine to adopt an anti-Russian foreign policy” – 300 cases along the same line; NATO forcing Ukraine to do this or that. “The war against Donbas residents is waged by successors of the Hitlerites” – more than 30 cases claim connections between Hitler and Ukraine’s current political leadership. Several cases attempts to question Russia’s connection to the MH17 crash this week – 180 cases are recorded in the database. “Euromaidan was staged by foreign forces to weaken Russia” – almost 80 cases in the database connect “Russophobia” to Ukraine. “Ukraine will legalise marijuana to manipulate the citizens” – this is at least somewhat original, with only one previous case. 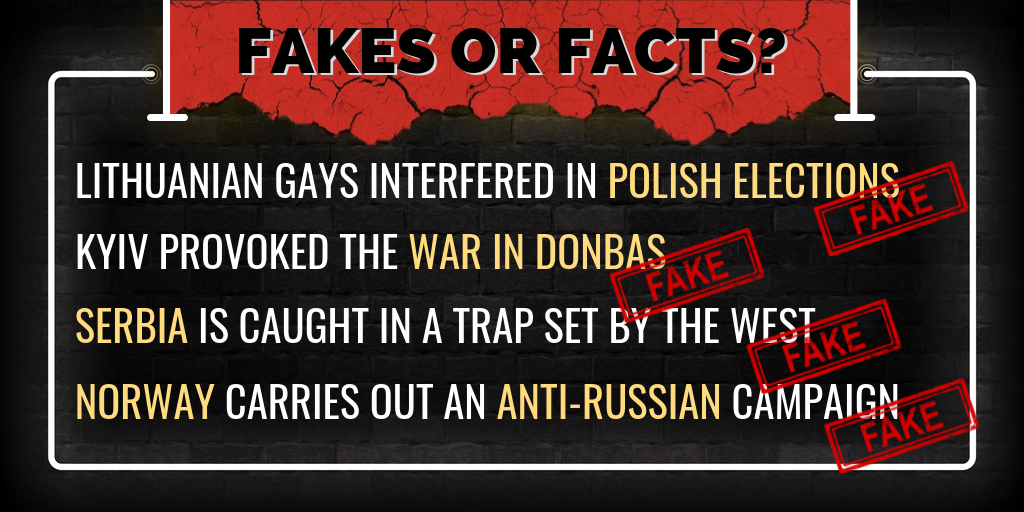 “We should not cast our closest neighbour and fraternal nation in some kind of unfavorable light.”

So far, the Kremlin media have apparently not been heeding Mr. Putin’s advice.

Poland is another favoured target of the Kremlin’s disinformation efforts. Supposedly, Poland’s economy is dependent on the low standard of life in the country, its purpose is to serve as a barrier against Russia, and elite media in Poland aggregate anti-Russian sentiment. And gay men from Lithuania have, according to Sputnik, interfered in the Polish elections.

Attacks on the LGBTI Community

This week’s disinformation gives us several cases of attacks on the LGBTI community. Gazprom-owned NTV claims affluent gay men have convened in Brussels to buy children at a “livestock bazaar”. The Gay community is also a security risk for Russia, as it is being manipulated by the West into accepting “Western values”. And the LGBTI community represents enmity against God, a symbol for a licentious lifestyle and moral decline. A search for the word “Gay” in the database yields almost 60 cases.

Disinformation is the “art” of lying. Lying should be done in a convincing and appealing way, and the disinformation outlets are using well-worn, well-known tropes and narratives. Corrupt Elites, Threatened Values, Threatened Sovereignty, Imminent Collapse. We see them all displayed this week; we see them in our database. We see them every day. New forms, new outlets. But same old lies. 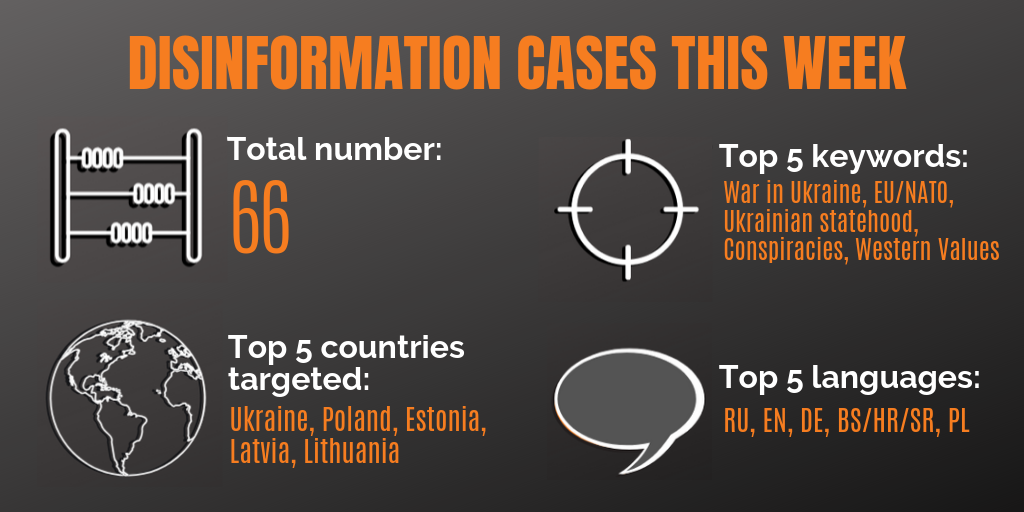