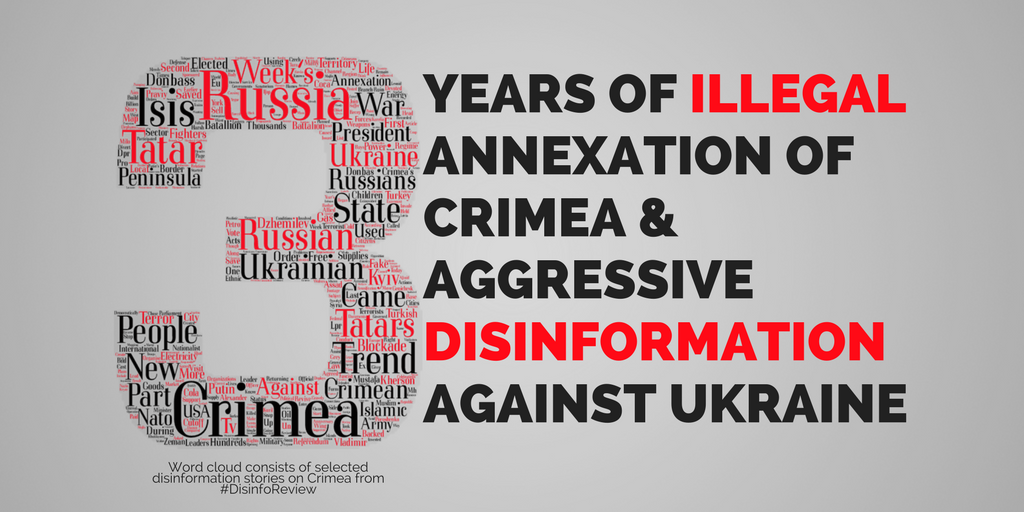 On Saturday we remembered that it has been three years since Russia illegally annexed a part of Ukraine. This was highlighted by EU High Representative Federica Mogherini’s statement reiterating that the European Union does not recognise the illegal annexation of Crimea and continues to condemn this violation of international law, and that Russia’s illegal actions remain a direct challenge to international security, with grave implications for the international legal order that protects the unity and sovereignty of all States.
But it was not only the European Union that focused on Ukraine this week. As usual, also a considerable amount of pro-Kremlin disinformation was pointed in this direction. Russian state TV’s ‘Vremya pokazhet’ programme devoted a significant amount of time to the question “With whom is Ukraine fighting?” – we provide some answers here, here and here. In the show, Ukraine was described again as an anti-Russian creation. It was claimed that it is forbidden to speak Russian in Ukraine – an often repeated disinformation. And it was stated that the country is falling apart since no political force supports a united Ukraine – in fact it is only the Russian-backed separatists in Donbass and the Russian administration of Crimea annexed by Moscow that do not support the idea of a united Ukraine.

Russia’s Defence Ministry TV channel Zvezda was also actively disinforming about Ukraine this week, claiming widespread hunger among the population and spreading fake statements from officials in Ukraine concerning the lack of a budget for the Eurovision song contest to be held in Kyiv in May.

Russia Today predicted social unrest due to these supposed food shortages, distorting the statements of an economist talking on another issue as shown by Stopfake. Czech outlets claimed that Natalia Savchenko had called for soldiers to overthrow the Ukrainian government and described the Ukrainian army as being on the verge of a total collapse in morale. Neither story was substantiated.

Extremely negative depictions of life in Europe also continued to trend this week. We saw reports of the EU as an autocratic structure that cannot be held accountable by its member states; of an EU supplying drugs to Moldova; and of an EU somehow planning to get rid of paper money as a way to gain full control over the movements of its populations.

We also saw the allegation that member states had orchestrated the diplomatic row between the Netherlands and Turkey last week deliberately to bring about the disintegration of the Union – with the explanation that Germany wants to create the “new Europe”. And of course, we heard once more  the hackneyed allegations that the EU supports neo-Nazis. 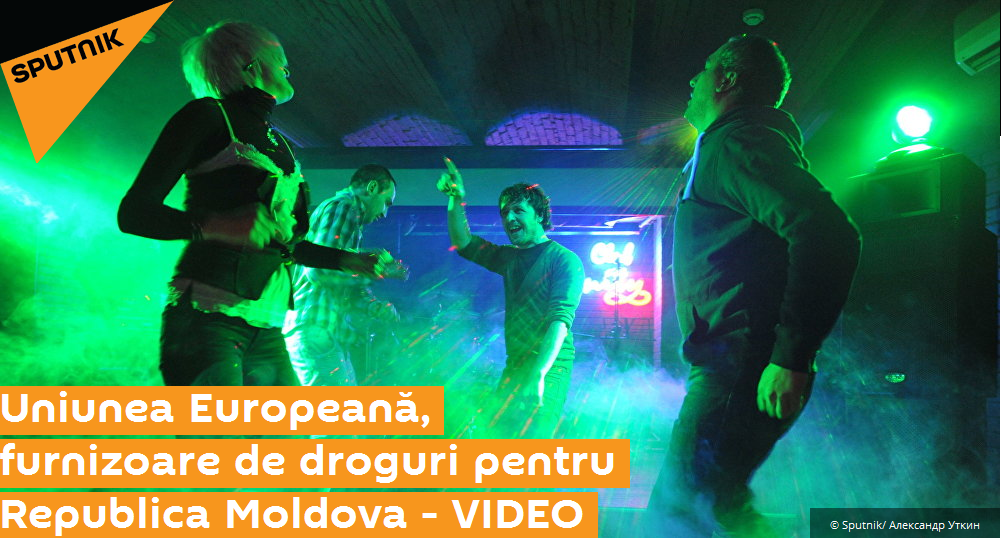 According to Sputnik, the EU is supplying drugs to Moldova.

Date
Title
Outlets
Country
IMF has postponed the third review of its loan program...
Ukraine
NATO and EU supports neo-Nazi tendencies in Europe, the latest...
Latvia
The majority of refugees arriving in Germany cannot or do...
Germany
European Union is supplying drugs to Moldova
Moldova
The US Embassy in Yerevan, the Mormons and entities receiving...
Armenia, US
The establishment in the Netherlands designed the diplomatic row with...
Turkey, The Netherlands, Germany
European banks have started to accept DPR and LPR passports
The EU is not accountable to national governments nor to...
Russia
EU prepares to get rid of paper money in order...
Ukraine is waging a war on the civilian population in...
Ukraine
Ukrainians are now so hungry that they are driven to...
Ukraine
Ukraine's Ministry of Culture stated that there is no budget...
Ukraine
Czech Television advises people to convert to Islam due to...
Czech Republic
Since the first day of its independence, Ukrainian authorities have...
Ukraine, Russia
Ukraine is falling apart right now because there is no...
Ukraine
Ukraine, which gained independence after the collapse of the USSR,...
USSR, Ukraine, Russia
France is not complying with ECHR decisions
France
American media are getting richer from waging Russophobia, that is...
US, Russia
The US is conducting a ‘witch hunt’ as during the...
US, Russia
The US is preparing to build a military base in...
Slovakia, US
Food riots and social unrest might be inevitable in Ukraine...
Ukraine
Nadiya Savchenko urged soldiers to overthrow Ukrainian government
Ukraine
The American NGO Planned Parenthood performs abortions in the late...
US
WikiLeaks reveals it was the CIA which under the pretext...
US, Russia
Ukraine´s army is degrading due to alcohol, terrible morale and desertions
Ukraine
Secret American base planned in Slovakia
Slovakia, US