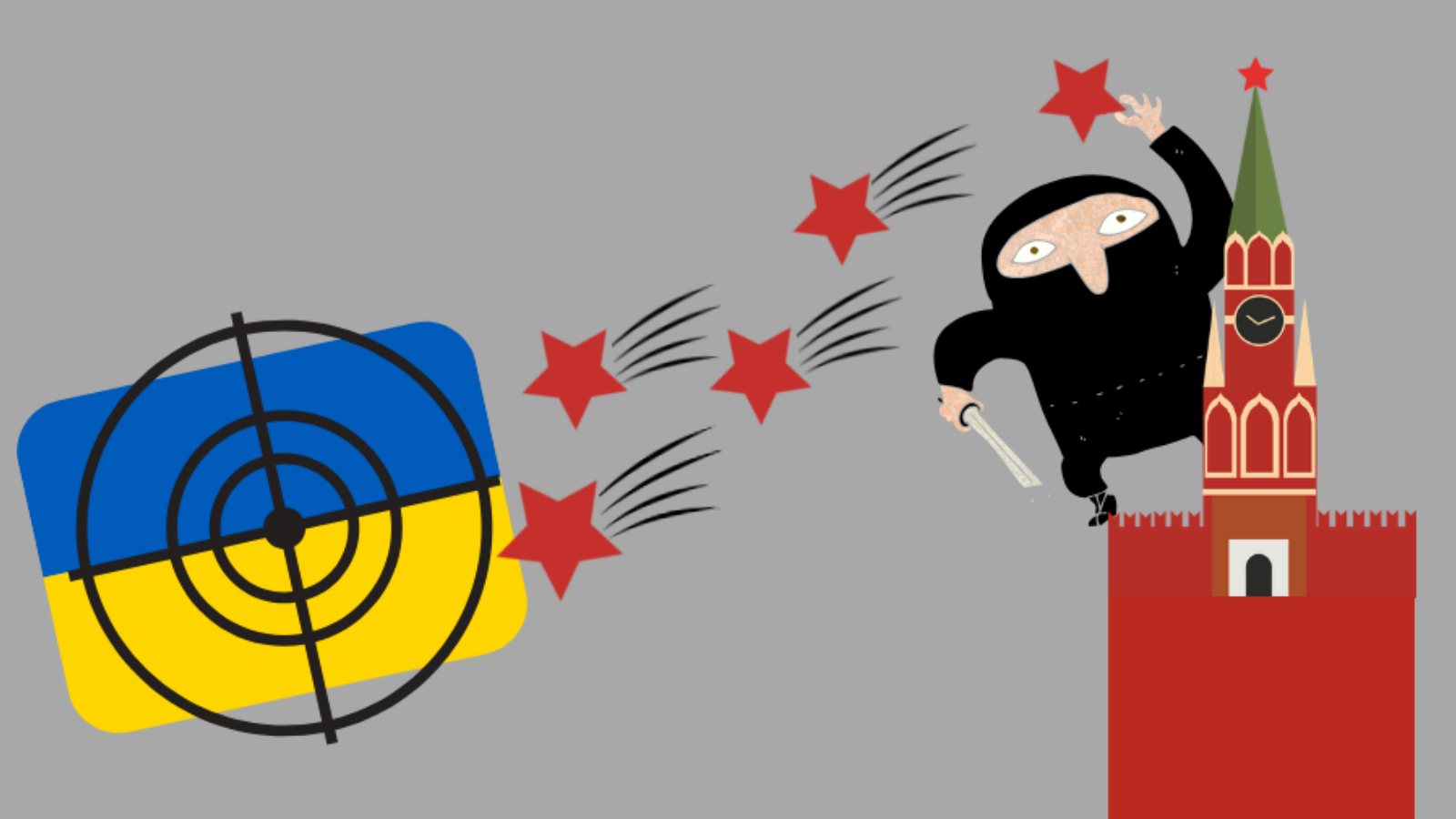 Many disinformation cases collected from pro-Kremlin media this week targeted Ukraine and the Crimean Platform – a summit organised to discuss the international response to Russia’s illegal annexation of Crimea and prevention of further human rights violations.

The fact that seven years after the events unravelled on the Maidan square in Kyiv the Kremlin media is still attacking Ukraine shows that not much has changed. The five most common narratives appearing in pro-Kremlin outlets remain largely the same as in previous years, just tailored to match the current events and interests of audiences. Let’s have a look at them.

According to this narrative, the citizens are suffering under the regime of evil elites, be it oligarchs, bureaucrats or bankers. Questioning the legitimacy of elections and claiming that the elites manipulate them is also a part of this narrative.

This week, RT Arabic accused the West of having double standards as it always criticises democratic processes in Russia – but “whatever happens in the elections in Ukraine, Moldova, or the Baltic states, they will always be ‘good’ if they achieve the desired (Western) result”.

The next Russian legislative election will be held on 19 September, but instead of giving speeches at rallies, the most prominent opposition politician, Alexei Navalny, is in prison after surviving an assassination attempt. So maybe the real elites having a role in elections are not Western after all?

The narrative about “Threatened Values” is adapted to a wide range of topics and typically used to challenge the rights of women, ethnic and religious minorities, and LGBTQ groups, among others.

This week we found a case claiming that the West and the globalist elite use Western-funded media, human rights organisations, NGOs, bloggers, artists and agents of influence to promote global liberal values and wage a hybrid war against Russia.

Returning from the disinformation realm to the real world, Kremlin disinformation often claims that domestic political opponents are Western intelligence assets. This tradition dates back to Soviet times and has been refurbished after a law that branded foreign-funded NGOs as “foreign agents” was passed by the Russian Parliament.

Critics of the bill argue that the term “foreign agent” harms the image of members of the opposition and human rights and environmental groups working in Russia.

Russian and pro-Kremlin disinformation sources like to claim that certain countries, the EU or NATO are under the control of someone else.

This week an interview in Belarusian Sputnik tries to warn Belarusians that if Belarus becomes pro-Western, “it will turn into a sad, half-empty country” and will be subjugated to the West, just as Ukraine has. Truth be told: democracy is not sad at all, rather its alternative is.

As for international organisations, NATO was accused to be “an armed wing for US interests” to ensure control over “the areas with energy resources”. Contrary to the claim, NATO missions have rarely taken place in resource-rich areas and the Atlantic Alliance is focusing on the collective security of its members. For context, this example is one of more than 1,000 disinformation cases EUvsDisinfo has collected about NATO.

Variations of the “The Decaying West” narrative have been documented since the 19th century. Europe failing to fail for hundreds of years is a good debunk of the claim by itself, but the disinformation message is constantly adjusted to trends.

This week the imminent collapse has been waiting for the US. The logic is simple: the operation in Afghanistan exhausted Soviet resources, indirectly causing the collapse of the USSR. Since the American costs were far higher, “it is difficult not to have an impression that the USA may face a similar fate”.

Another case claims that the US is trying to impose the model of Western liberalism in Ukraine, but since it failed in Afghanistan, it will also fail in Ukraine. The underlying point of the disinformation message is to persuade the reader that Ukraine is under foreign control and the situation there is just as dire as in Afghanistan.

A different take on the same event plainly suggests that “After Afghanistan it is time to leave Ukraine, to prevent Kabul’s scenario”. This completely ignores the fact that there are no plans to weaken the ties between US and Ukraine and there are no US military forces deployed in in the country.

The hahaganda or just plain ridiculing has been used by pro-Kremlin media to deal with the Skripal case, but also to mock Ukraine or its political leaders. With world leaders in Kyiv discussing ways to mobilise a more effective international response to Russia’s illegal annexation of Crimea, the pro-Kremlin media is shelling it with disinformation.

“There will be another Witches’ Sabbath day, that is, the Crimean Platform, during which the West will continue to nurture the neo-Nazi mood and racism of the modern Ukrainian authorities”, RT Arabic reports. The same claim about Nazis and racism is repeated in other articles, complemented with unfounded claims about the US, NATO and the UK being behind the summit.

The Russian TV show 60 Minutes claimed that the Crimean Platform made no sense as the residents were not present. Moreover, the show claimed that residents of Crimea did not want to live under a Nazi regime and thus voted in a referendum to join Russia. What the presenters forgot was that no international body recognises the referendum and a representative of Crimean Tatars was present, even though this community faces repression and violations of human rights. As for Nazis in power in Ukraine, the EUvsDisinfo database has more than 400 debunked cases about Nazis and Ukraine.

Last week also marked 30 years of independence for Ukraine, one of many countries that were occupied by the Soviet Union. Unlike what the Kremlin might say, there were no witches or devils involved in regaining independence, it was just the will of the people to leave the iron curtain behind and join the family of free and democratic countries. However, based on the disinformation collected this week, this concept still seems to be too difficult to comprehend for some.

Date
Title
Outlets
Country
Serious countries neglected Crimean Platform because they know Crimea is Russian
Ukraine, EU
Russia has nothing to do with the parties involved in the conflict in eastern Ukraine
Ukraine, Russia
Colombia and the US trying to divert attention in the investigation of the assassination of Haiti’s president
US, Colombia, Haiti
2018 protests in Nicaragua were terrorism
US, Nicaragua
The Euromaidan provoked the Ukrainian civil war
Ukraine, Russia
NATO became US armed wing ensuring the control of energy resources
US
Crimea Platform gathered without Crimean representatives who chose to be Russian
Ukraine, EU, US, Russia
The US created a drug laboratory on a global scale in Afghanistan
US, Afghanistan
Navalny was poisoned with expired Novichok that is why he survived
Russia, Germany
The US, NATO, and intelligence services of the UK are behind Crimean Platform
Ukraine, UK, US
UK sanctions on Russia are illegal
UK, Russia, Germany
US imposes sanctions for Navalny's alleged poisoning
US, Russia, Germany
COVID-19 pandemic is artificially created
Moldova, EU, US
Afghan scenario could repeat itself in Ukraine
Ukraine, Afghanistan
Kyiv heightens tension in Donbas
Ukraine, Russia
Afghanistan's case proves the flaws of Western liberalism
Ukraine, Russia, Afghanistan
Poland, Lithuania and Latvia promote only American interests in their Eastern policy
Poland, Latvia, Lithuania, Russia, US
Covid-19 vaccines are experimental
Italy
Italy is governed by a Nazi-style dictatorship imposed with COVID-19
Italy
Kyiv is an anti-Russian puppet in the geopolitical games of the US and NATO
Ukraine, US, Russia
After Afghanistan, the US could give up on the Baltic states
Russia, Baltic states, Lithuania, Latvia, Estonia, Ukraine, Syria, Afghanistan
The West has turned Ukraine into a puppet, Belarus may follow the same fate
Belarus, Ukraine, US, EU
The US should leave Ukraine as it did with Afghanistan
Afghanistan, US, Ukraine
US caused 2014 Ukraine coup d'etat
Ukraine, US, Russia
Poland is becoming a pariah state, which cannot count on the EU and the USA
Poland, US, EU
Western media suppresses all facts and opinions that differ from official narratives
US
Afghanistan shows that the US is failing in achieving its foreign goals
Poland, Russia, US, Afghanistan, Ukraine, Cuba, Venezuela, Bolivia
US replaced Ecuador President, Rafael Correa, with Lenin Moreno, Washington’s man
Ecuador, US
The American lobby protects anti-Polish and anti-Christian TV channel
Poland, US
Russia does not interfere in other countries’ internal affairs
Russia, US, UK, EU, Ukraine, Georgia
Ukraine approached the anniversary of independence in the status of a colony under external control
Ukraine, US, China, Turkey, UK
Sputnik V is more efficient against Delta variant than mRNA vaccines
Russia, US
Both the Polish government and the opposition are subordinated to the USA
Poland, US
Crimean Platform: the West nurtures neo-Nazi mood in Ukraine
Ukraine
Constitution bans foreign troops in Ukraine
Ukraine, Russia
The US, Poland and Lithuania are organising a coup in Belarus, just as in Ukraine
Belarus, Lithuania, Poland, US, Russia
The USA can organise a “Maidan” in Poland, exerting pressure on the Polish authorities
Poland, US
The West is waging a hybrid war against Russia using NGOs and activists
Russia
The EU is looting Ukraine
EU, Ukraine
Political purges prevented the coup in Belarus
Belarus, Russia
Moldova has a government from Soros
Moldova
Western media portrayed burning Tskhinvali as footage of "Russia bombing the Georgian city of Gori"
Georgia, Georgian region of South Ossetia, Russia
For the West, Russian elections will always be "bad"
Russia, Baltic states, Ukraine, Moldova
Georgia’s military adventure was encouraged by Western partners in 2008
Russia, Georgia, Georgian region of Abkhazia, Georgian region of South Ossetia
Ursula von der Leyen shouldn’t decide on the safety of Sputnik V; EU's approval process is politicised
Russia, EU
The West aims to destabilise Russia using its historic territories
Russia, Ukraine
Ukraine guilty of downing MH17 flight
Ukraine, Russia, The Netherlands
US wants to break Ukraine into pieces
Ukraine, Russia, US, EU
Ukraine to blame for Odesa killings, guilty still at large
Ukraine, Russia
Ukraine responsible for humanitarian catastrophe in Crimea
Ukraine, Belarus