“Us Versus Them”: the Black and White Worldview of a Pro-Kremlin Military Analyst 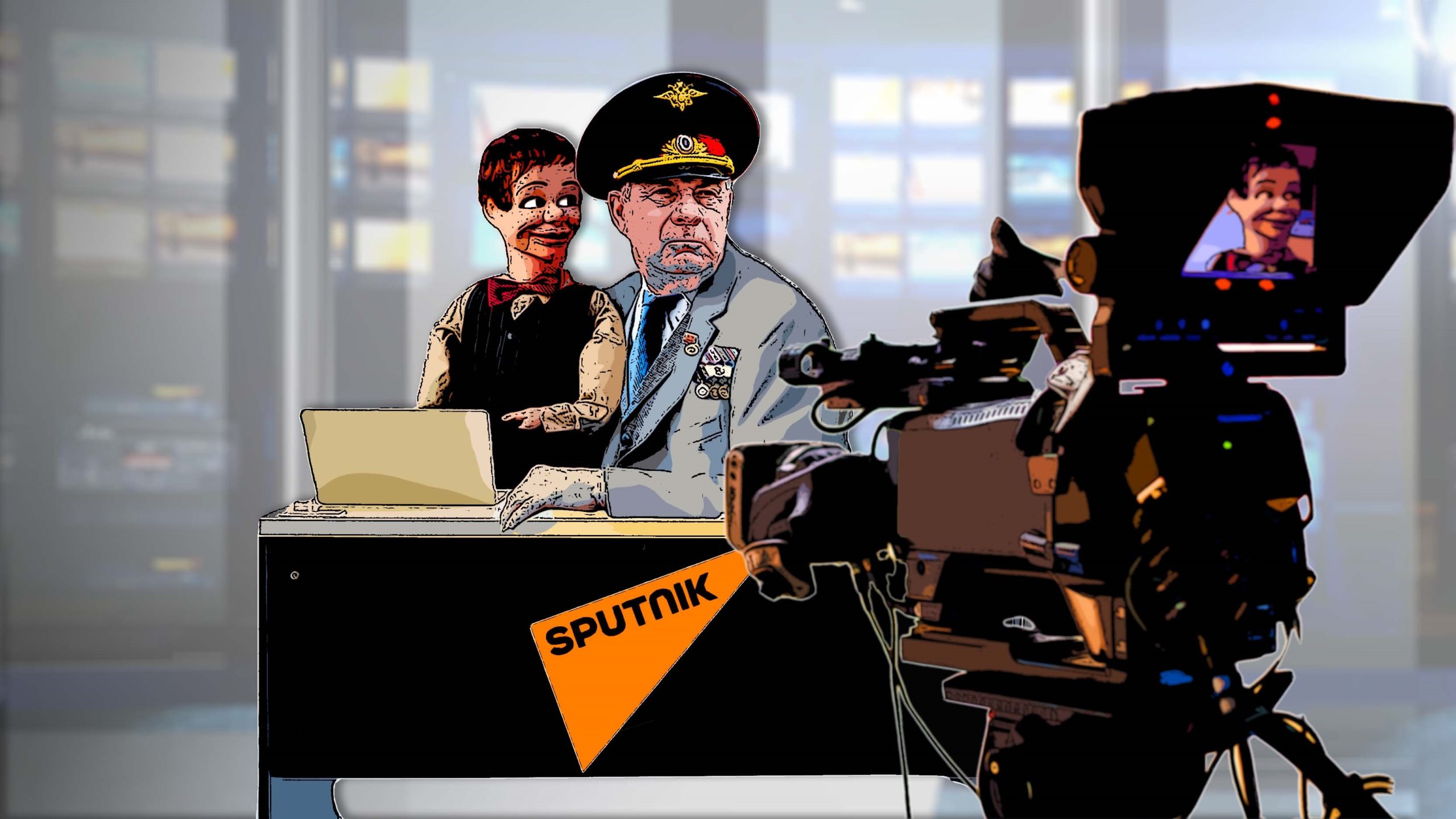 Defence experts on Russian state-sponsored outlets tend to repeat several disinformation narratives. They include assertions that Russian weapons are to promote peace while Western weapons provoke conflict, that an aggressive West is using “hybrid warfare” to foster instability near Russia, and that “Eastern European NATO allies are US puppets”.

Meet the expert: Alexander Khrolenko, Sputnik’s military analyst. He is a high-profiled man with reach and a mission: Sputnik’s most productive military analyst by far, having written more than 90 columns since the beginning of this year.

Recalling for our audience where Mr Khrolenko works: Sputnik is one of the two flagships of Russia’s multi-platform campaign to influence international public opinion, the other being RT. They are financed directly by the Russian government. At ease with manipulating information and lying they form part of the state media conglomerate Rossiya Segodnya (Russia Today) together with leading state channels. His works gets amplified in the Sputnik ecosystem across its many language versions as well as published by another state news agency, RIA Novosti, and re-published by other pro-Kremlin media such as Baltnews or News Front. Examples here and here.

Mr. Khrolenko writes about Russian weapons systems such as the Sineva ballistic missiles, the SU-57 fighter jet, the S-400 missile system, and the Ulyanovsk submarine. He is also a hard-nosed Russian nationalist who does not hesitate to brag that the Sarmat intercontinental ballistic missile “will carry in a missile enough nuclear warheads to devastate in one blow a territory the size of France”. 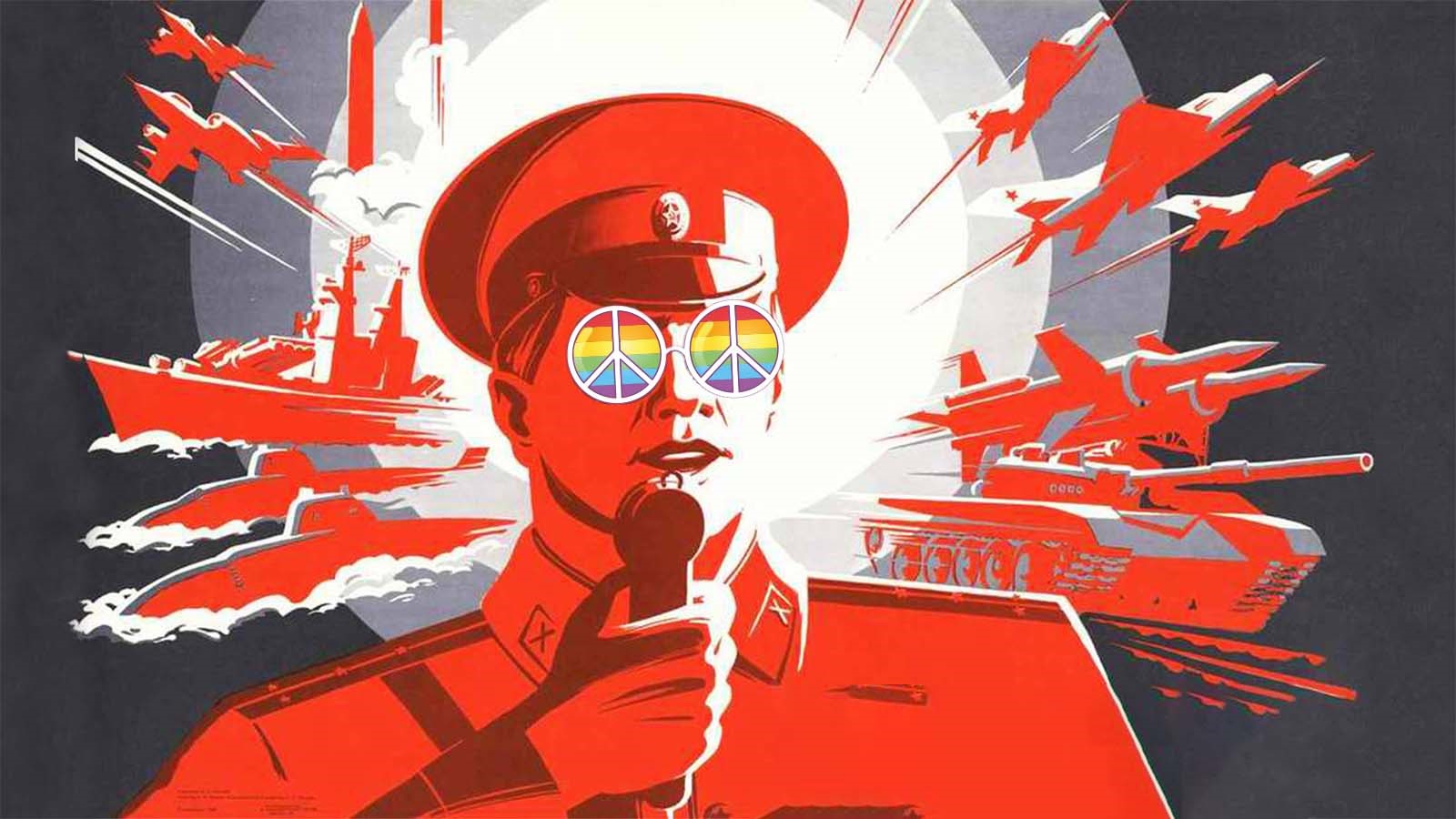 The first narrative is a double-standard argument that permeates Khrolenko’s writings. While Russian weapons and military exercises encourage stability and peace, Western weapons and exercises disrupt both.

For example, in one article he writes, “Russian weapons technology has been developed to contain aggressors and keep the peace”. In another: “By leading the way in the development and production of high-technology weapons systems, Russia strengthens peace on the planet”. There is an echo of Soviet lingo: endless military parades under the banners We Work for Peace.

In fact, Russian weapons protect all those lucky enough to host them, irrespective of how they are used or what regime they defend. “Washington and Brussels have simply decided to write off some independent Eurasian countries as pariah states”, he writes, “and only powerful Russian anti-missile systems stop the EU and US from carrying out aggressive military action in these places”.

By contrast, Western equipment and exercises are inherently aggressive and destabilising. “While NATO provokes military action, Russia prevents it”, he writes. He even suggests that Europeans, under US direction, are preparing for a war with Russia: “[The NATO military exercise] ‘Defender Europe 21’ sounds very much like a rehearsal for World War III”.

An aggressive (and weak) West versus a peaceful (and strong) Russia

Khrolenko’s second narrative is that the West has bad motives as well as bad guns. For example, he claims that the West has waged hybrid warfare in many post-Soviet countries, particularly in Ukraine. He writes: “Wasn’t it the blatant interference by the US and EU in Ukraine’s electoral process in 2014 which brought about the armed conflict in Donbas and Crimea’s subsequent return to Russia?”

B before A: It is worth remembering that the presidential elections in Ukraine took place in May 2014, followed by parliamentary elections in October. The attacks in Eastern Ukraine with Russian involvement had begun earlier, in April 2014, just as the illegal annexation of Crimea had happened prior to the 2014 elections – by March.

Khrolenko rarely provides links or sources for his observations and assessments, but he has interpreted the Belarusian protests against Lukashenka as a “Western attempt to stage a coup” in the country. The broader Western aim is allegedly to turn the entire post-Soviet space into “a depopulated area of permanent military conflict”. Further, Washington and Brussels are “making plans to dismantle a Russian Federation that is ‘too big’, just as they did with Yugoslavia”.

The West is presented as having a problem since its true goals are almost diabolical but its weapons, according to Khrolenko, are old and puny, at least compared to the strong Russian arsenal. He writes, for example, that Russian-made SU-30 and SU-27 fighter jets are far superior to Western equivalents. He also claims that Russian weapons technologies “will outpace Western designs for decades”.

A relevant question: can this be true? Russia has indeed developed an extensive defence research and development network; however, according to experts, the transition from research to serial production of new technology has been slow. For example, the Russian Army initially planned to acquire 2,300 next-generation tanks of the type T-14 Armata in 2015-2020, but production has been repeatedly delayed. The latest postponement, announced in July this year, set the start of mass production in 2022. The independent Russian defence journalist Aleksandr Golts explains that bold official statements often present the state of Russian military in a more favourable light than reality allows.

If we follow the logic, why would EU and NATO countries dare to risk a devastating war with Russia if its weapons are so weak? Khrolenko’s answer brings us to the third narrative: the US controls its allies like puppets, while giving them nearly nothing in return.

According to Khrolenko, the US dominates its Eastern European allies, prepping them for use as “launch pads” for an invasion of Russia. “The Baltic states have been turned into one huge shooting range for foreign troops”, he writes. In another column, he claims that NATO membership brings no benefits for the Baltic states. Instead, it leads to “foreign exploitation and disbanding national armies”.

In addition, Khrolenko throws in some contempt. He pours scorn on Poland’s submarine as a danger to its crew and in another article ridicules Latvia’s military spending.

A perspective as an “intellectual straitjacket”

Together, these three narratives form a template, a kind of straitjacket. They confine believers in a delusion with apocalyptic undertones. In this vision, adversaries are simultaneously strong yet weak, cunning yet incompetent, controlling and yet controlled.

While the West is described as being in decay and decline, our EUvsDisinfo database contains more than 100 recent cases where the disinformation is constructed around a claim that “the West is waging a hybrid war against Russia (or Belarus)”.

Following this logic, Russia needs to strike back, which in turn has given rise to a Russian doctrine where Russia itself should, and does, engage hybrid means. Some have nicknamed this the Gerasimov Doctrine as presented in the overview here and here.

As one expert noted, the concept of hybrid war is prominent in the Russian national security debate: US-led political warfare against Russia is allegedly being waged by creating “colour revolutions” or inciting “controlled chaos” in and around Russia. This breeds conspiracy narratives where one’s enemy is everywhere and nowhere.

Be aware of the Bogeyman!