Skip to main content
Read this article in Русский
News and analysis
June 17, 2020 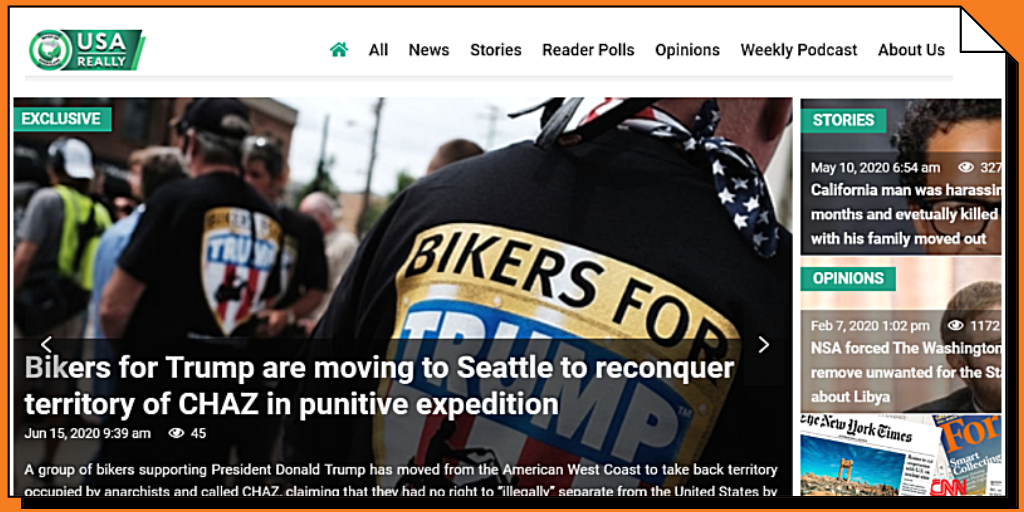 The Wake-Up Call That Makes You Fall Asleep

In 2018, the Prigozhin Media group decided to wake up the Americans. Evgeniy Prigozhin is an oligarch in the hotel, restaurant and catering business, known as Putin’s chef, but infamous for his troll factory, the St.Petersburg based Internet Research Agency. The investigation into the involvement in the US Presidential elections 2016 tied more than ten Prigozhin employees to illegal activities. In 2018 Prigozhin launched the project “USA Really. Wake Up Americans!”

The EUvsDisinfo wrote about the project at the time. After all, other parts of the Prigozhin Empire, was known for violence, aggressive disinformation and deception. And now – Prigozhin was set on waking up the Americans.

The head of the USA Really at the time of its launch, Aleksandr Malkevich, met the media, commented on the project and had his fifteen minutes of fame.

So where are we now? Two years later, the USA Really is still arduously attempting to wake up Americans. It’s mission statement is an exhibition of truisms:

Unbiased, honest stories that inform and Illuminate the struggles and triumphs of everyday Americans is what USA Really is all about.

We aim to finally give a voice to those whose voices aren’t usually heard by the mainstream, corporate media, presenting a realistic portrait of what’s happening in the United States from people who don’t usually get their stories told. We’re developing the next generation of people-centered storytelling, and we need your help!

The site is very much trying to make itself heard, exploiting the current protest movement in the US, rewriting news from other sources, picking up stories from Reddit, Facebook and Twitter. Earlier, the COVID-19 outbreak served similar purposes: all to describe the US and the entire Western system as on the verge of collapse. USA Really does not provide its readers with anything unique, interesting or even relevant. In general – the usual, hum-drum pro-Kremlin tropes that RT, Sputnik and more professional propaganda outlets broadcast 24/7.

In USA Really’s Mission Statement, Donald Trump is illustrated as a hero, fending off the fake news mainstream media. The USA Really stands behind him as a source of enlightenment, projecting pure American Uncle Sam-Values against the onslaught of liars. 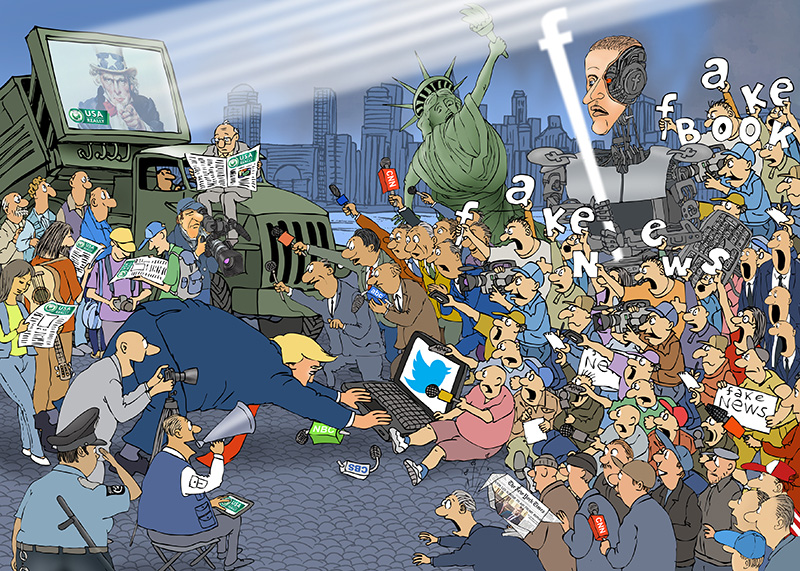 Today, USA Really seems to have re-evaluated its relations to the Trump crowd, and decided to cater to an audience with sympathy with the Black Lives Matter movement. In a passionate “open letter” (without addressee), the turncoat outlet attacks the US President:

The criminal acts and plans of the American government, which became public as a result of the publication of an audio recording of President Trump’s closed teleconference, not only scare, but also sign the verdict for the announced policy. Trump’s literal phrase:

“You have to dominate or you’ll look like a bunch of jerks, you have to arrest and try people.”

This phrase from the lexicon of a criminal dictator, but by no means the leader of a democratic state.

On the other hand, USA Really’s parent company, RIAFAN in St. Petersburg, is more obdurate in its pro-Trump sentiment and describes the riots as orchestrated by the “elites” who cannot accept Trump as the choice of the Americans:

The elites have demonstrated their unwillingness to accepted Donald Trump as the choice of the people, and decided to employ the entire tool box of political technologies, to date only exploited against foreign countries. Among those tools – the destruction of the institutes of democracy.

The purpose of the holding company is to maximise the spread of information on events in Russia in order to create an information sphere, that will have a positive impact on the development of the country.

Patriotism is love for one’s country, respect for its culture and traditions. We share these views and invite you to become a part of the Mediagruppa Patriot.

The holding company is headed by a supervisory board, led by Evgeniy Prigozhin

The Patriot holding cites as partners a whole group of nationalist-oriented media, like the Tsargrad.tv, ruskline.ru, planet-today.ru and other outlets, contributing regularly to the Disinformation Database.

The similarities between RIAFAN and USA Really are apparent. They are registered with the same host, the REG.RU; they have similar logotypes and similar design of their webpages. :

USA Really has not really been successful. According to web traffic data, the site has so few visitors that it is impossible to measure. To paraphrase Winston Churchill: Never have so much been spent to reach so few with so little result.