What do the pro-Kremlin media mean by “Anglo-Saxons”? 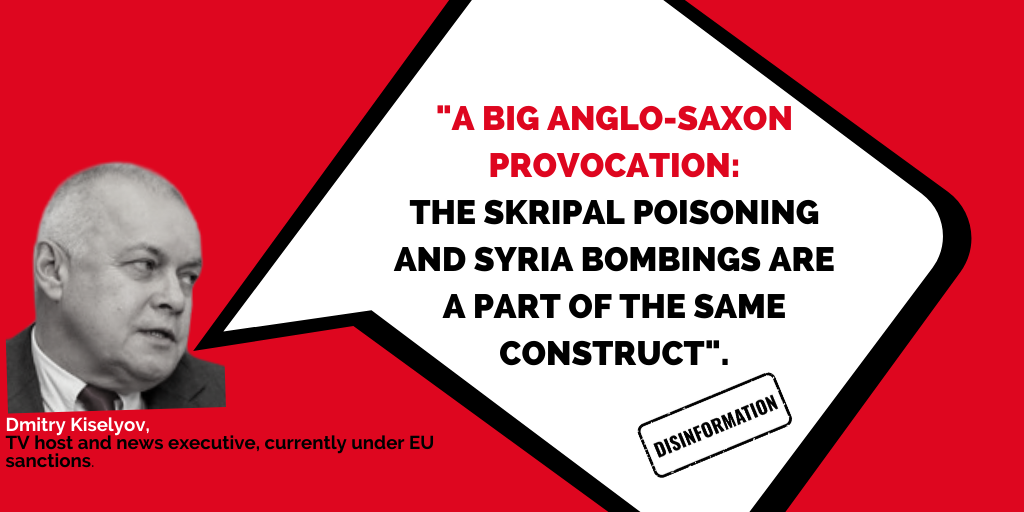 In its relentless disinformation efforts, the pro-Kremlin media tend to fill words with alternative meaning. Here’s a brief explanation of what is behind some of those words.

Some 1600 years ago, Germanic tribes migrated to the British Isles. Today these tribes are known as Anglo-Saxons. But the pro-Kremlin media has given this historical term a whole new meaning.

According to Russian state-controlled TV, US President Donald Trump has a hard time running America, as the country is actually ruled by the “Anglo-Saxons” – who, incidentally want to control Russia as well. And if one is to believe the Kremlin’s chief propagandist and TV host Dmitry Kiselyov (we strongly advise against that!), the Skripal poisoning and Syria bombings are all nothing but a big “Anglo-Saxon” provocation.

In the parlance of the pro-Kremlin media, the term “Anglo-Saxons” means “evil”, “belligerent” and “morally corrupt” Westerners. Synonyms include “Anglo-Zionists”, “globalists” and “shadow rulers”.

The term not only denotes someone belonging to “the West”, but also has a derogatory meaning. “Наглосаксы” (naglosaksy) is another iteration of the same term, with added emphasis on alleged arrogance, rudeness, and audacity of Westerners, aka the “Anglo-Saxons”.

As a negative catch-all term, the “Anglo-Saxons” term is a useful building block for pro-Kremlin conspiracy theories. You can find plenty of examples in our database.

Beyond its derogatory connotation, the term also has deeper implications, as it reinforces the idea that Russia belongs to a different cultural and possibly civilizational sphere. It implies that there are irreconcilable differences between Russia and the “Anglo-Saxons”, and that therefore certain values and human rights, including individual liberties do not apply to Russia…

So the next time you come across the term “Anglo-Saxon”, beware: it is a leading red flag of pro-Kremlin disinformation.