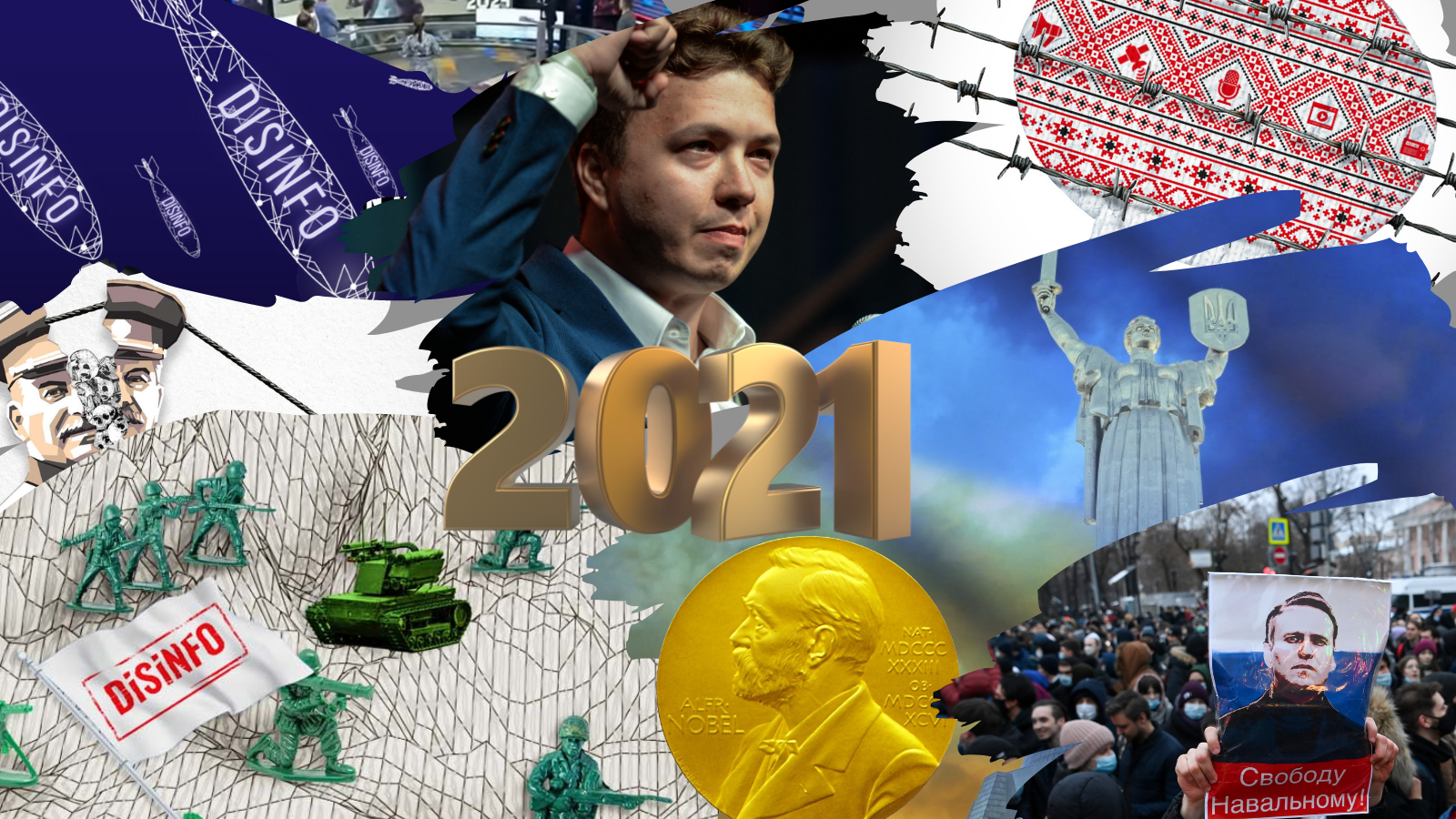 Roughly one-third of all the examples of pro-Kremlin disinformation collected by EUvsDisinfo this year targeted Ukraine.

Amid the continuous escalation of Russia’s military build-up along Ukraine’s borders, the pro-Kremlin media continue to portray Ukraine both as the ultimate aggressor (going as far as to accuse it of genocide against Russian speakers in Donbas) and a helpless hysterical victim, crying wolf about Russian aggression or claiming that the US and NATO will push Ukraine into war.

We have seen this type of disinformation pattern previously, most recently in March and April of this year during the Russian military build-up 1.0. Back then, as now, the pro-Kremlin media sought to portray Ukraine as aggressive, abandoned by its partners, and violating international agreements. 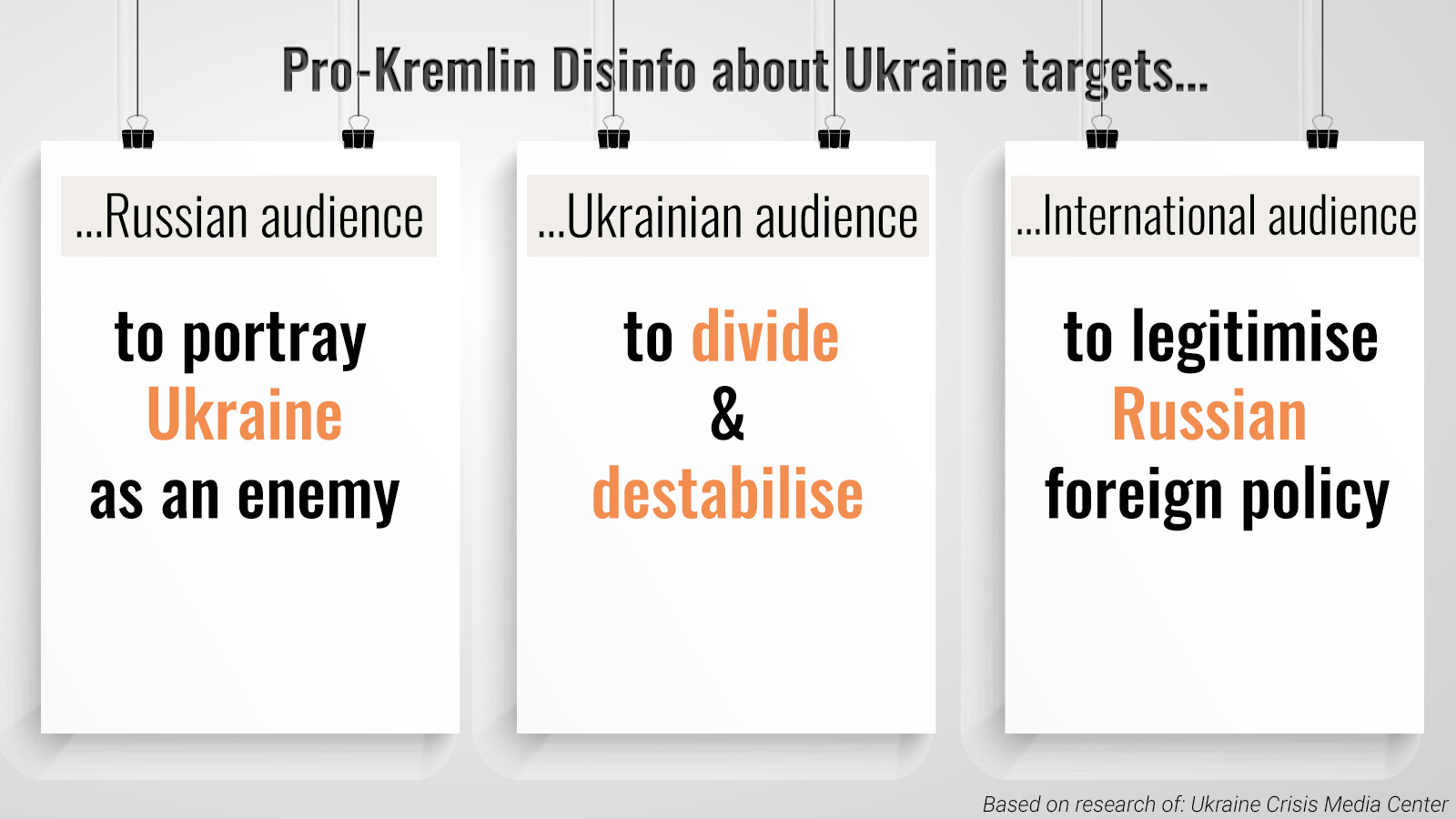 None of it is true, but such messages, tailored to specific audiences and delivered in multiple languages, help the Kremlin to achieve specific goals: domestically – to create an image of Ukraine as an enemy and mobilise support for the Kremlin’s foreign policy; in Ukraine – to divide and destabilise society; and internationally – to legitimise the Kremlin’s actions. (Read more about this at the Ukraine Crisis Media Centre).

The brutal systematic crackdown on civil society and independent media continued in Belarus. According to data of the Belarusian Association of Journalists, over 260 journalists were detained, searched, arrested, or had to face administrative or criminal charges this year. Thirty-one media employees are behind bars right now. Sadly, the count of all political prisoners in Belarus stands, as of 21 December, at 942 persons. (Follow the updated count here).

According to Barys Haretski, a vice president of the Belarusian Association of Journalists, media organisations and journalists are under severe repression and public discourse is almost entirely oppressed. (Read our full interview with Barys Haretski here).

With the destruction of independent media, media personalities left on air on state-controlled media channels have become even more relentless in denigrating and smearing anyone who would dare to oppose the Lukashenka regime.

From hate speech and implicit calls for violence against the opposition activists, to using forced confessions of political prisoners as paid YouTube ads, this year the Belarusian state-controlled media showed that it is not only a loyal servant to the regime, but increasingly its henchman.

It is not surprising that many of the Belarusian state-controlled media ‘specialists’, together with their Russian counterparts, were willing participants in the efforts of the Lukashenka regime to instrumentalise migration. 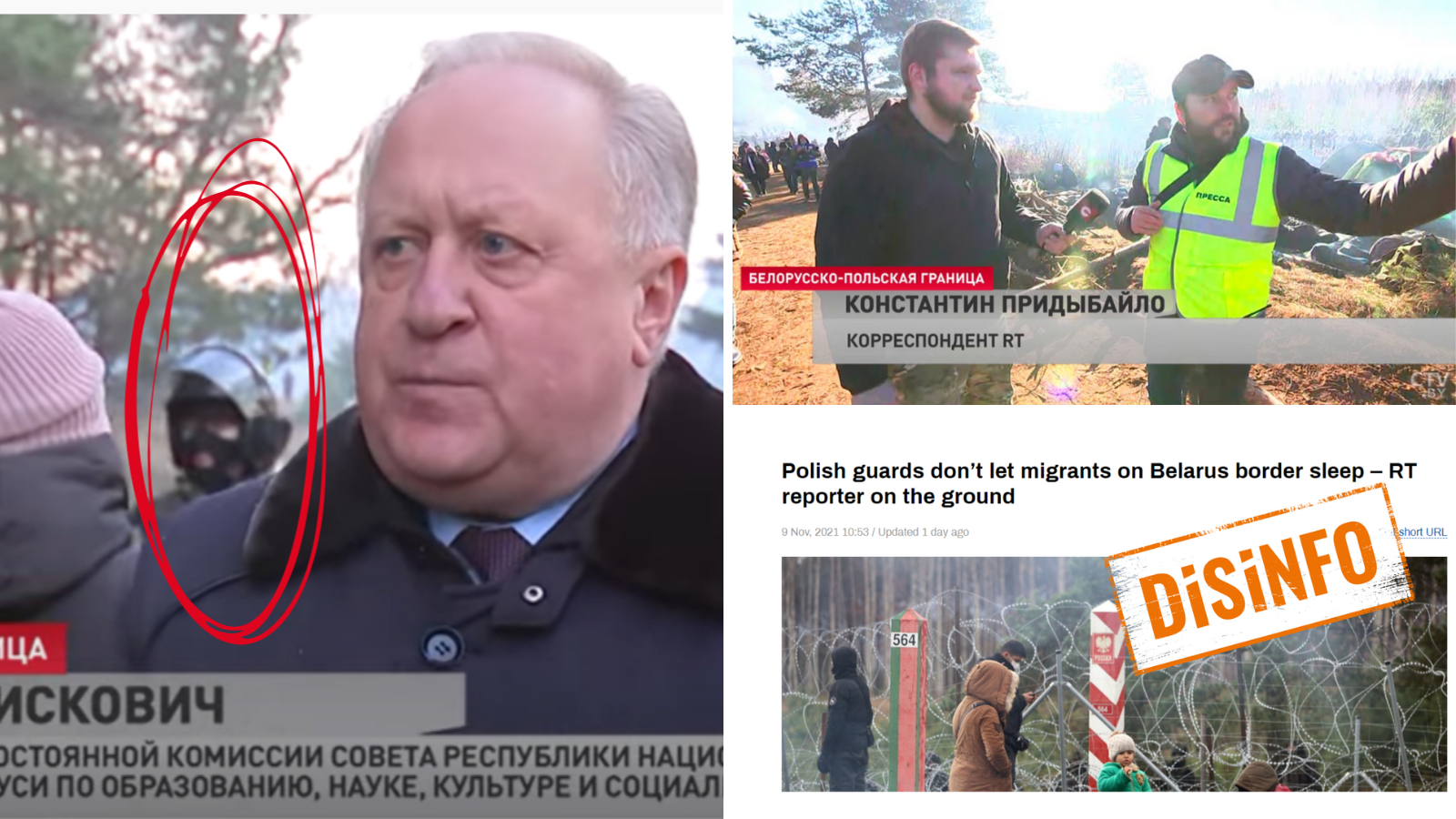 Pro-Lukashenka and pro-Kremlin disinformation narratives continue to blame the EU for the migration crisis and attempts to ‘destabilise’ Belarus, all the while trying to distract attention from the abysmal human rights record of the Lukashenka regime.

The silver lining in this situation is public opinion surveys, which show that only a small minority of the population trusts the state-controlled media in Belarus. Meanwhile, trust in independent (online) media continues to grow, standing at 49.5 % in January 2021.

In 2020, amid the global pandemic, we observed how pro-Kremlin and Chinese disinformation networks converged on a conspiracy theory of ‘secret labs’ as a part of wider disinformation and information manipulation efforts around COVID-19.

This year, there have been additional instances when pro-Kremlin and Chinese disinformation interests aligned.

Both Russian and Chinese state-controlled media exploited the crisis in Afghanistan, trying to cast the US as an ‘unreliable’ partner and project their messages on core foreign and domestic policy issues: Ukraine and Taiwan.

The alignment of messaging in state-controlled media does not necessarily indicate the systematic coordination of (dis)information efforts. But there are signs that pro-Kremlin and Chinese disinformation actors are learning from each other.

Amid the crackdown – a message of hope

2021 brought many concerning developments. There was an unprecedented crackdown on independent media in Russia ahead of the Russian Duma elections with media outlets and journalists routinely subjected to detentions, raids, criminal cases, and imprisonment. Civil society and human rights defenders were attacked as well. The space for public debate and civic engagement in Russia is shrinking.

Vaccine and COVID-19 disinformation continued, as did pro-Kremlin efforts to amplify scepticism about Western-made vaccines.

Alexei Navalny, who last year survived an assassination attempt, returned to Russia and was arbitrarily detained and imprisoned this year. Pro-Kremlin media tried hard to defame him and belittle his supporters.

And yet, 2021 is not a year of despair. There are always things to be hopeful about. As Pavel Andreev, a co-owner of one of Russia’s few remaining independent media outlets, 7×7, told us in an interview earlier this year, there are signs of positive change every day.

The year that started with the politically motivated imprisonment of Alexei Navalny wrapped up with Navalny’s daughter accepting the Sakharov Prize for Freedom of Thought in the European Parliament on his behalf. (You can watch her passionate speech here). 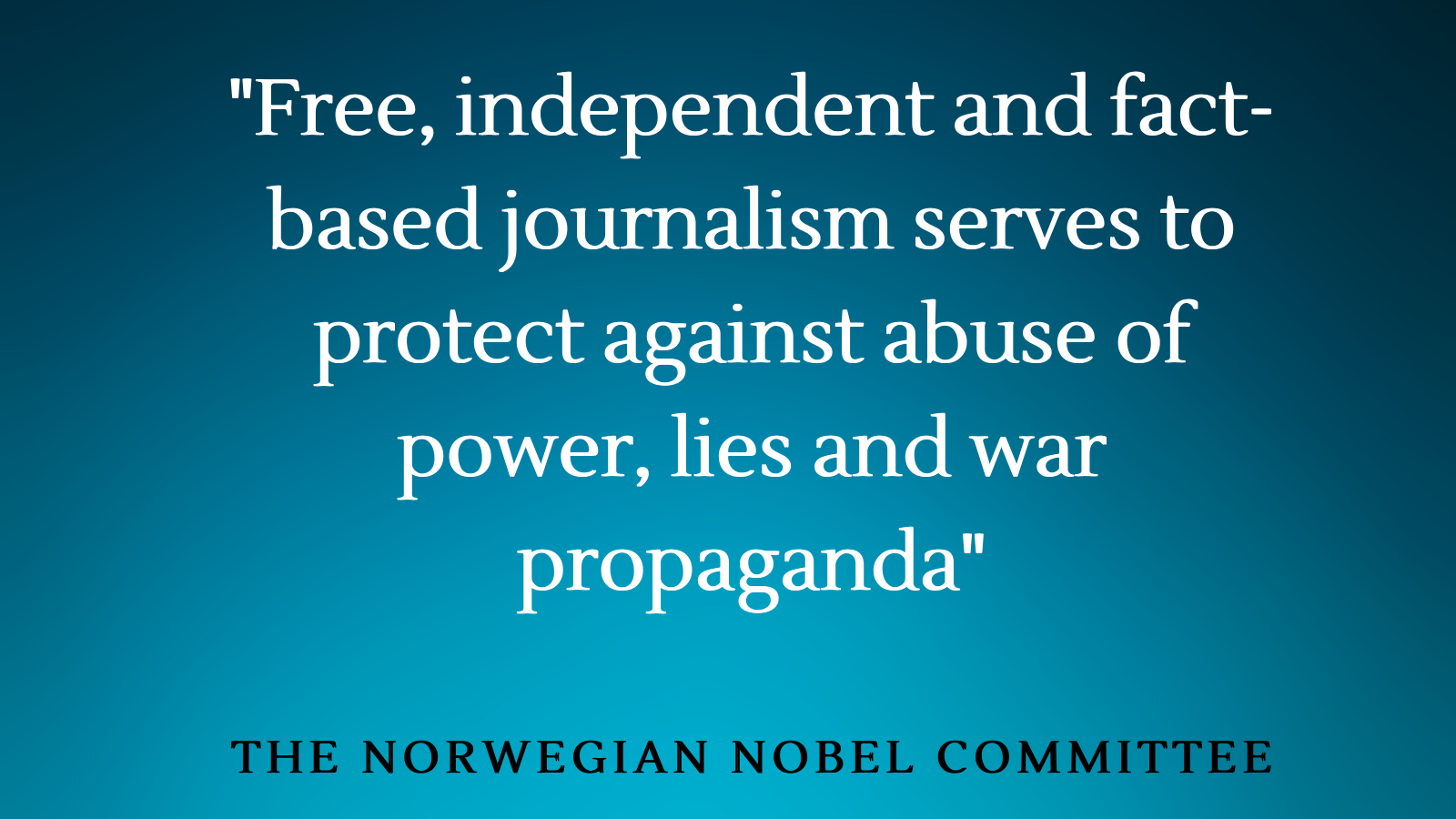 Dmitry Muratov, one of the founders and editor of independent Russian newspaper Novaya Gazetta received a Nobel Peace prize this year, together with journalist Maria Resa from Philippines. This is a strong message, that “free, independent and fact-based journalism serves to protect against abuse of power, lies and war propaganda”. This is the message we can get behind the next year.

On 18 December, Europe commemorated the 10th anniversary of Czech statesman Vaclav Havel’s passing. As 2021 comes to an end, EUvsDisinfo would like to leave you with one of his more memorable quotes: