When in Trouble, Blame the Victim 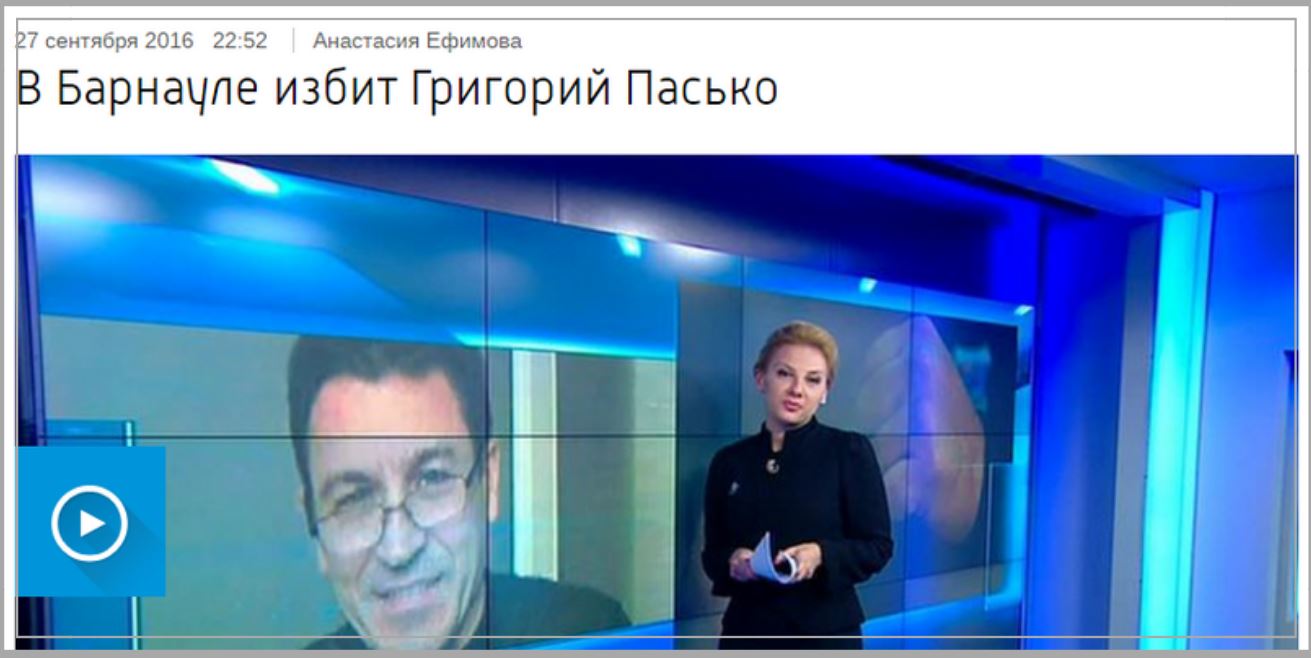 This Tuesday saw yet another attack on independent Russian journalism; and this time it was physical.

Grigory Pasko, head of the NGO Independent Journalism Support Foundation, was beaten up in western Siberia, where he had come to conduct a professional seminar for journalists.

How did independent voices react?

A petition that was spread and signed via social media said: “We believe that the continued campaign of unbridled defamation of anyone who does not agree with the political course of the current Russian government and the exclusion of dissenters from protection of the law for propaganda purposes inevitably will push the country into the abyss of a new totalitarian “order”, which in our time can result in nothing but innumerable victims and put an insurmountable barrier to any prosperous future of our country.”

In a Facebook post, thpopular Russian writer and radio host Viktor Shenderovich commented: “Question: What do the elections for the State Duma, the [recent] story about the closure of the exhibition at the Lumière exhibition centre [in Moscow] and the attack on the journalist Grigory Pasko have in common? Answer: The rules are dictated by pro-government thugs [..].”

How did government-controlled media react?

The incident was covered on Rossiya 24 nine-o’clock news, one of Russia’s most watched news broadcasts, famous for spreading disinformation.

According to the presenters, Mr. Pasko “Claims that he was attacked” and “Claims to be an investigative journalist.” Also, locals “Suspected that his aim was not only to educate, and their suspicion wasn’t unfounded.” Claims about “funding from overseas” are attached to Mr. Pasko, and the keyword “foreign agent” appears many times.

A local pro-Kremlin journalist is interviewed, claiming that Mr. Pasko probably made up the story about the attack altogether. Rossiya 24 concludes by telling that Mr. Pasko didn’t see a doctor after reporting to the police, so “The victim’s condition must be characterised as satisfactory”, the presenter says with an unconcealed smirk. Mr. Pasko says he did in fact see a doctor.

The technique of throwing suspicion on the intentions of a victim of a politically motivated crime is a popular tool used by Russian state-controlled outlets. And sadly, attacks on independent Russian journalists remain a problem.