When nothing is true and everything is possible 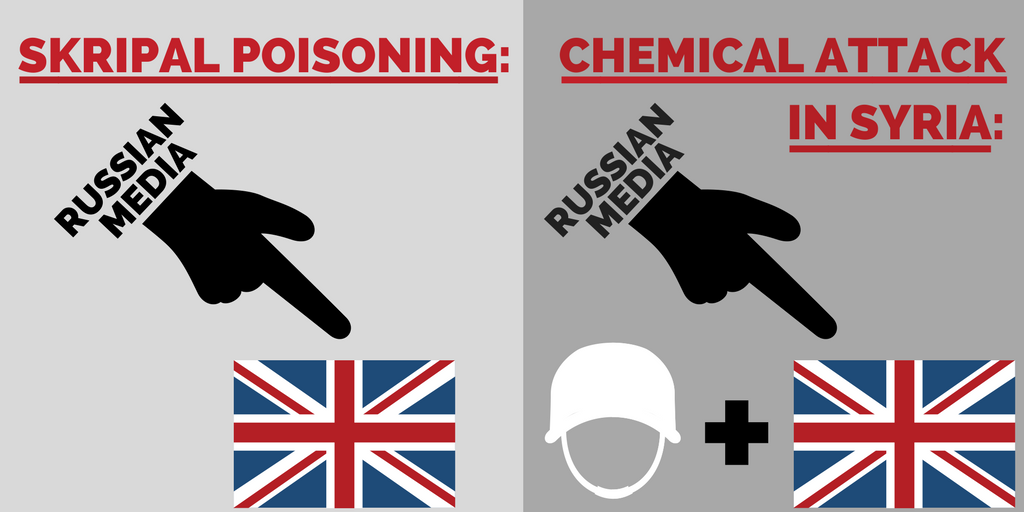 The last couple of weeks, we have seen two major campaigns unfold within the pro-Kremlin disinformation machinery: the disinformation surrounding the poisoning of the Skripals, where the number of narratives spread about it from pro-Kremlin sources is now 31 (!); and the massive campaign targeting the latest chemical attack in Syria.

The disinformation campaign focused on the Skripal case has many similarities with the disinformation rolled out immediately following the downing of the civilian flight MH17, whereas the campaign targeting Syria is a predictable repetition of previous campaigns discrediting the suffering of civilians in the country.

We have already written about the actors behind and the narratives and tactics used in these virtual tsunamis of disinformation.

Lately these two campaigns, targeting separated events, have started to merge into one another within the pro-Kremlin disinformation space. For an untrained eye, that might seem surprising. But as the book about modern Russia and the TV landscape by Peter Pomerantsev suggests, when nothing is true, everything is possible.

Whereas previously, the White Helmets have been blamed for staging the chemical attacks in Syria among other things, this week we see that the UK is being accused of instructing them to do so. Russian state TV also claimed that Syria’s chemical weapons were actually created by the Brits, although another state TV program claimed that there are in fact no chemical weapons in Syria.

And, prior to the arrival of the independent investigators from the Organisation for the Prohibition of Chemical Weapons (OPCW) to Douma, Kremlin representatives and pro-Kremlin outlets have discredited their work in the Skripal-case. 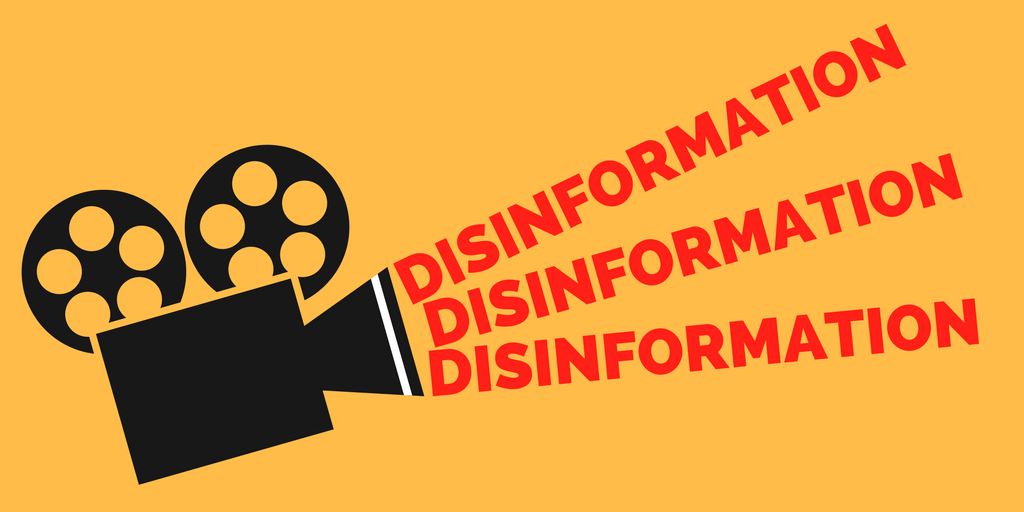 And once more “news shows” on Russian state TV showed how they are very different from news programs that adhere to journalistic standards. In order to “prove” that the White Helmets had staged the chemical attack in Douma, they aired footage from a film set showing just that. But the problem is that the imagery is easily detectable as coming from the (pro-Syrian regime) movie ‘Revolution Man’. Bellingcat has the full story.

This is not the first time that Russian state TV uses images from productions and claim it is reality – we have seen this happen before with images from computer games being presented as ’irrefutable proof’.

So, even though at a first glance the poisoning of an ex-spy in the UK and another chemical weapons attack killing civilians in Syria don’t have so much in common, you just need to follow the disinformation trail to find how it all plays a part in the pro-Kremlin disinformation machinery. And how that machinery is used as a non-military means to reach political goals, as described in several great studies included in our Reading list for example here, here, and here.

See all the disinformation cases reported during past two weeks:

Date
Title
Outlets
Country
EU support for Russian civil society is a provocation
Evrozona @ Vesti FM
Russia
The White Helmets fabricated Douma chemical attack when the UK theory about the alleged chemical attack in Salisbury started to fall apart
Vecher s Vladimirom Solovyovym @Rossiya 1
UK, Syria
The White Helmets have faked images of chemical attack in Douma, just like in Khan Sheikhoun a year ago
tvzvezda.ru
Syria
London behind staged chemical attack in Syria
Vesti.doc talk show @ Pervyi kanal
UK, Syria
The OPCW could have been provided with a false sample in Skripal poisoning
Itogi Nedeli @NTV, 20:00
UK, Russia
Syria's chemical weapons "were created by the British, even after sanctions had been imposed on Assad"
ntv.ru
UK, Syria
Skripal poisoning was staged by the British themselves, the aim is to divert attention from "unsuccessful Brexit talks"
Voskresnoye Vremya @Channel One
UK
Maybe Skripals were not poisoned at all
Pervyi Kanal
UK
There were no patients with chemical poisoning in Douma
Voskresnoye Vremya @Channel One, 18:03
Syria
Everyone knows that Syria has no chemical weapons
Pervyi Kanal
Russia, Syria
Russian Spring: Civil war was unleashed in East of Ukraine by little Nazis in Kyiv after a coup
Vesti Nedeli s Dmitriem Kiselyovym @Rossiya 1, 1:31:50
Russia, Ukraine
Skripal poisoning and Syria bombing a "Big Anglo-Saxon provocation"
Rossia 24 - YouTube
UK, Russia, Syria
The OPCW was unable to establish the origin of the nerve agent used in the Skripal attack
life.ru
UK, Russia
Board of directors of Finnish energy company Fortum: Chairman is the Minister of Defence, and one of the members represents Finnish political police
rg.ru
Russia, Finland
Syria 'chemical attack' staged to provoke US airstrike, London pushed perpetrators
RT English
UK, Syria
The White Helmets were ordered by the British government to fake a chemical attack, as proved by video
Rossia 24 - YouTube
UK, Russia, Syria
The missile attack on Syria was launched to obstruct the work of the OPCW inspectors
Ministry of Foreign Affairs of the Russian Federation, RT English
UK, Russia, US, Syria, France
Skripal poisoning was provocation by the US
US
A NATO toxin was used for the poisoning of Skripal
RT English, Twitter Resource
Switzerland, UK, Russia
Mein Kampf is more popular than Harry Potter in Latvia
Sputnik English
Latvia
Mein Kampf is more popular than Harry Potter in Latvia
tvzvezda.ru
Latvia
Russia backs objective probe into chemical weapons attacks
TASS - English
Russia, Syria
Yulia Skripal was kidnapped by the British secret service
aeronet.cz
UK, Russia
There was no chemical attack in the Syrian city of Douma
ac24.cz
Russia, Syria
By continuing to browse the site you are agreeing to our use of cookies.