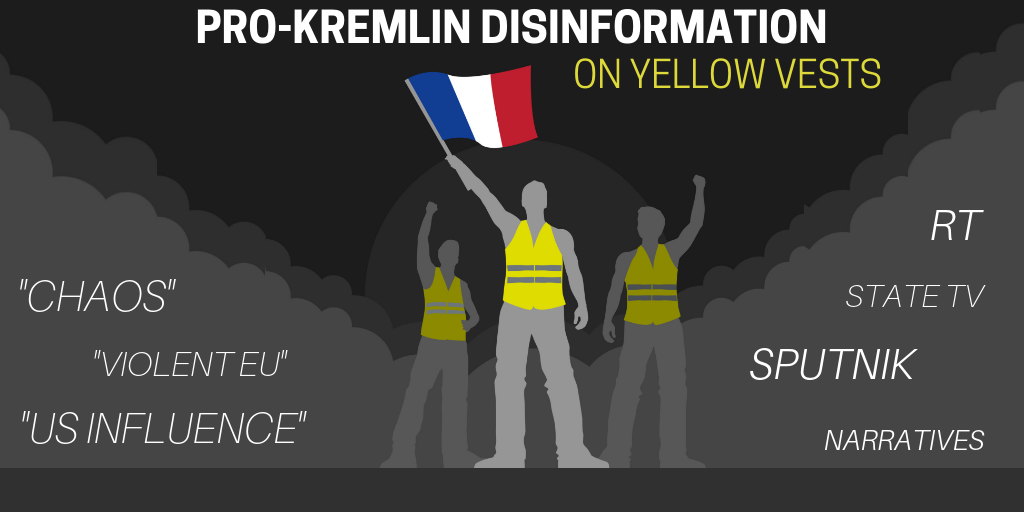 The US as the main actor behind the ‘yellow vests’ protests. Ukraine as the provocateur of war, preparing a chemical attack. Both got their part in the pro-Kremlin disinformation campaign this week. What a convenient way of shifting focus from the actors performing disinformation!

The attention of pro-Kremlin outlets was focused on the ‘yellow vests’ movement, with different disinformation angles having one aim: to sow confusion and a narrative about Europe in chaos.

Many of our readers might have seen a video of French policemen taking off their helmets in front of the protesters in the city of Pau, in an attempt to calm the mood. The move was described by Newsfront, RT and Sputnik as a solidarity gesture with the protesters, with RT going further and saying that the police were now siding with them. The disinforming reports were based on the video and on a statement by a representative of the unions. In reaction, Bloomberg outlined that the union’s representative, while voicing support for protesters, was speaking for a minor French union. The disinformation about the solidarity gesture was debunked by several media, including the AFP. Only after that did disinforming outlets correct their reports.

Another case from this week, about an armoured EU vehicle allegedly suppressing French protesters, perfectly fits the narrative about Europe in chaos (and possibly on the brink of civil war). The ‘news’ was debunked by Le Monde, saying that the EU flag on one of the vehicles had to do with its previous participation in European trainings.

We have also witnessed a well-known blame game, with the US shown as the one provoking the ‘yellow vests’ protests, in the hope of weakening Europe’s position in the world. A classical move of pro-Kremlin disinformation, strengthening the picture of Europe in weakness, chaos and disarray.

Unsurprisingly, the disinforming outlets do not report extensively about the related findings described by The Times and Bloomberg. Hundreds of social media accounts linked to Russia were extremely active last week, circulating messages focused on violence and (again!) chaos during the protests. Possible Russian involvement in amplifying the protests – denied by Russia itself – is now being investigated by the French authorities. 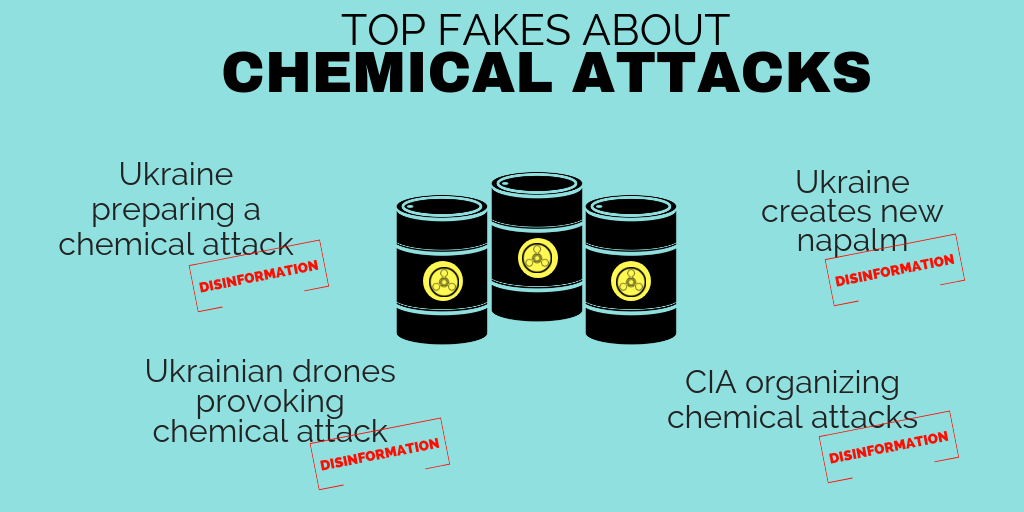 Even though the ‘yellow vests’ were at the centre of attention, the pro-Kremlin outlets found some time and space to report about one of their favourite topics – Ukrainian provocations. Their main focus in this area is now a possible chemical attack, which, according to disinforming media, Ukraine is preparing with help from the West.

Several examples were named, from assault drones deployed near Horlivka (which could be used for provocations with chemical weapons), to Ukraine extensively using drones for combat, with chemical balls attached to them, creating a lethal napalm-like gas. ‘Classical’ war efforts by Ukraine were also reported this week, including deployment of tanks to Mariupol as well as thousands of Ukrainian troops and their Western instructors moving towards the border with Russia. All those stories were not supported by any evidence. The OSCE Special Monitoring Mission has not reported use of chemical agents or drones in any of its recent reports. 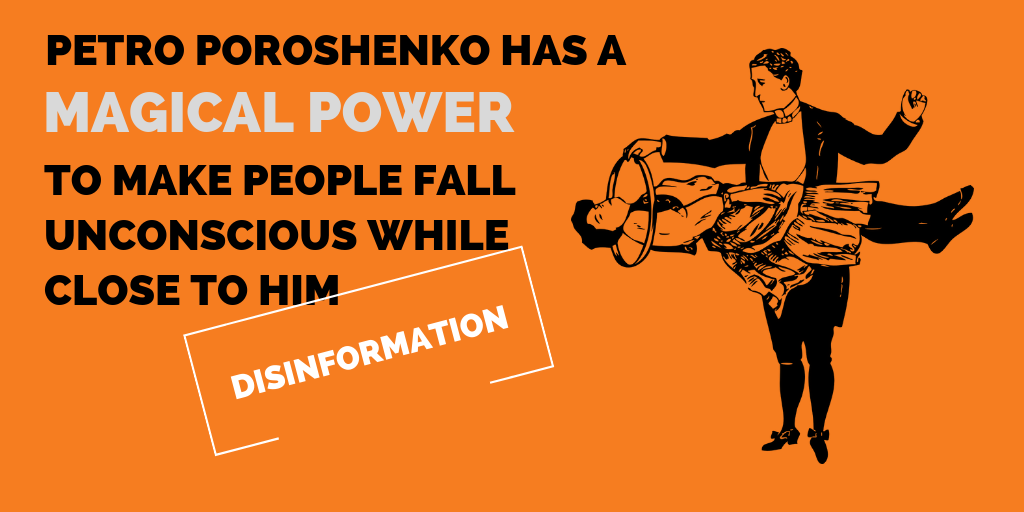 The magical powers of President Poroshenko

Ukrainian president Petro Poroshenko was not spared by the disinforming outlets, either. Apart from being named as a war criminal and a person ready to do anything to stay in power, including introducing martial law for the sake of preventing an unfavourable election outcome, he was given magical powers, such as making people fall unconscious while close to him. Why resort to martial law or troops deployment, if you have such strengths, one might ask.

Cases described in this Disinfo Review feed into recurring disinformation narratives on Ukraine as a provocateur and on the country’s preparations to stage a chemical attack, without giving any evidence. They also draw attention away from those who truly are guilty of chemical weapons usage, or its denial. Diligent DR readers may say that they have heard it all before. However, do take note of the increasing intensity of these cases since November, reported both from Russian officials and in pro-Kremlin outlets – and also observed by EU-based media.