You Ain’t Seen Nothing Yet! 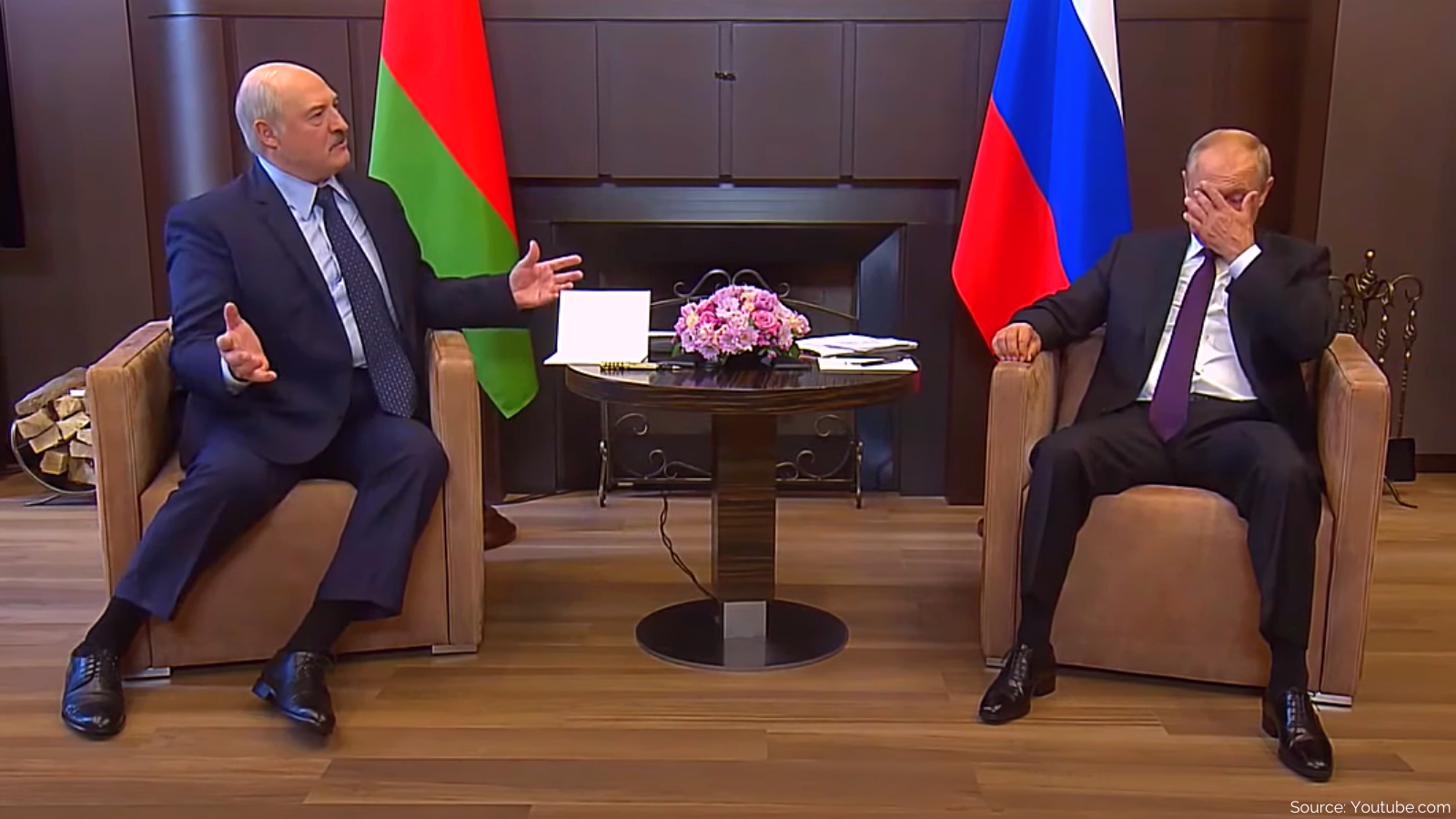 Like any good showman, Alyaksandr Lukashenka knows that he needs to feed the audience with new acts. The recent “success” with the “Nick and Mike Tapes” was not all. In an interview with a band of the Kremlin’s most loyal mouthpieces, Mr. Lukashenko proudly declares that the intercepted conversation between German and Polish Secret Services was not published in its entirety. One of the interviewers relatesthe conversation with Alyaksandr Lukashenka:

[Lukashenka] said: “You were laughing at me”. /—/We set up this station in Grodno (a station for signal intelligence). It is equipped with super-modern technology and we have super-professional people working there and they managed to intercept this.

So we intercepted this. And you have heard only a tiny bit of the recording… I’m telling you: what you heard so far is nothing, peanuts. You can’t even imagine what kind of information we have and what goodies you can expect”.

A Kettle of Lukashenka

Mr. Lukashenka masters the key elements of comedy: suspense, timing, and delivers a few more one-liners that make the audience roll on the floor with laughter. Russian First Channel quotes:

In the interview, Lukashenka “jokes” that merely a few petty-bourgeoisie people stand behind the protests; IT-people who have become rich because of his wise policies, creating better conditions in Belarus than anywhere else. Those “better conditions” are visible every day in Belarus, and we are reminded that Lukashenka is actually not funny at all.

Not a Legitimate President

Lukashenka’s antics are easy to perceive as comical. He has a flair for one-liners and a certain charisma. During a summit with his Russian counterpart Vladimir Putin, the two politicians’ personalities and body language was telling. But it is important to remember that Lukashenka is not in the business of jokes. He is a vicious and scared dictator; according to EU High Representative Josep Borell, lacking legitimate claim to his position as president of Belarus:

The situation is clear for us. We consider the elections on the 9th of August fraudulent. We do not recognise Lukashenko as the legitimate President of Belarus.

Instead of relying on the legitimacy of the constitution and a transparent popular vote, Lukashenka relies on threats, intimidation, violence and faked elections.  Tens of thousands attend protests all over the country. Hundreds are arrested. There are frequent reports of torture, violence and intimidation. The leaders of the opposition movement have been forced to exile: Svyatlana Tsikhanouskaya’s children were threatened; Maryja Kalesnikava tore her passport to make it impossible to force her abroad. Now she is arrested, charged with attempting a coup d’etat. European diplomats are guarding the Nobel Prize winner and a member of the Coordination Council, Svetlana Aleksievich, against masked, armed men…

Belarusian police officers are attacking civilians; the authorities attempt to provoke violence. So far, the only window being broken during four weeks of protest was broken by a high-ranking Minsk police officer.

Most police officers wear balaclavas. Obviously ashamed of being forced to beat unarmed protesters, while Mr. Lukashenka, the illegitimate president of Belarus, continues to dream up laughable pieces of forgery and disinformation.